This series chronicles the success stories of Indian entrepreneurs who despite all odds have made it big in their world of business. This week’s episode focuses on Samprada Singh who started his life working at a medical shop in Patna. (LINK)

#stocks: IVRCL latest debt-laden firm to be taken over by lenders

Creditors of IVRCL Ltd have decided to convert their Rs.7,500 crore of loans to the Hyderabad-based road developer into a majority equity holding. (LINK)

The Theranos story has its beginnings in March 2004, when Elizabeth Holmes, a 19-year old sophomore at Stanford, dropped out of college and started the company. The company was a Silicon Valley start-up with a non-Silicon Valley focus on an integral, but staid part, of the health care experience, the blood test. (LINK)

Ian Cassel is the founder of MicroCapClub.com, which is an exclusive forum for experienced microcap investors focused on microcap companies (sub $300m market cap) trading on the US and Canadian markets. (LINK)

Foreign fund house Citigroup Global Markets Mauritius on Thursday offloaded 61 lakh shares of Havells India, an electrical and power distribution equipment firm, for over Rs 178 crore through an open market transaction. However, the buyer(s) of the shares could not be ascertained immediately. (LINK)

SpiceJet’s Annual Report offers a fantastic insight into the company and the aviation industry. (LINK)

#macronomics: 11 Reasons Why India Growing at 7.4% is Simply not Believable

Data released by the ministry of statistics and programme implementation shows that India’s gross domestic product (GDP), a measure of the size of the economy, grew by 7.4% during the period between July to September 2015. These are fantastic numbers in a world where real economic growth is slowing down. Even China is finding it tough to grow at rates that it did in the past. (LINK) Moody’s Investors Service says investment cycle in India is showing nascent signs of recovery, driven by an upturn in the capital replacement cycle and an increase in public sector expenditure. (LINK)

Corruption at India’s top level has “disappeared” in the year since Narendra Modi took over as prime minister and this is an encouraging signal for foreign investors, says billionaire investor Prem Watsa. (LINK)

Moving a step closer to online settlement of PF withdrawal claims, retirement fund body EPFO on Tuesday allowed its subscribers to file their applications directly to the body without employers’ attestation. (LINK)

Since the launch of their first restaurant in Pune in 2003, Jaydeep Barman and Kallol Banerjee, co-founders of Faasos, a “food on-demand” company, have frequently been asked about the origins of its name. (LINK)

Foreign institutional investors (FIIs) sold $1.15 billion in Indian equities in November, the most since August, on caution ahead of a likely increase in interest rates in the US. (LINK)

This statistic might even make the 1% feel humbled. America’s 20 wealthiest people — a group that could fit in one Gulfstream G650 jet — are now worth $732 billion, which means they have more wealth than the 152 million people who make up the least wealthy 50% of U.S. households, according to a report released Wednesday by the Institute for Policy Studies. (LINK)

There is a wide body of evidence demonstrating the existence of momentum not only in stocks, but across asset classes. There’s also evidence that moving-average indicators provide higher risk-adjusted stock returns in recessions. (LINK)

Online grocer BigBasket is in the final stages of closing a $120-million, or Rs 800 crore, round of funding, packing in ammunition to fight new firms such as Grofers as well as companies like Flipkart that have begun similar operations. (LINK) 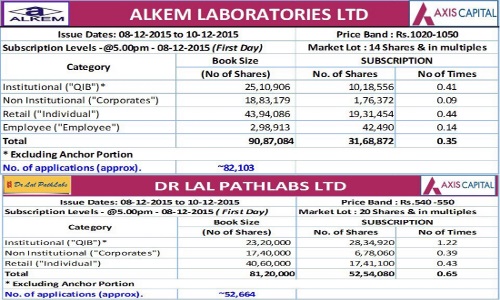 Flipkart posted a loss of about Rs 2,000 crore in the year ended March, amounting to a fifth of its rapidly rising sales, as the country’s largest online retailer spent heavily to fund discounts to win customers and stay ahead of rivals Snapdeal and Amazon India while investing in back-end operations. (LINK)

#stocks: What is ‘Chandelier Exit’?

Developed by Charles Le Beau and featured in Alexander Elder’s books, the Chandelier Exit sets a trailing stop-loss based on the Average True Range (ATR). The indicator is designed to keep traders in a trend and prevent an early exit as long as the trend extends. Typically, the Chandelier Exit will be above prices during a downtrend and below prices during an uptrend. (LINK)

Safal Niveshak: You have talked and taught a lot about the importance of psychology in investing. What are the key mental models that investors must learn about and use while investing? Apart from Munger, are there any other great resources from where people can learn about these mental models?

#general: Odd, even number vehicles to ply in Delhi on alternate days to curb rising pollution

In a radical step to curb alarming air pollution, Delhi Government today restricted plying of private vehicles bearing odd and even registration numbers to alternate days from January 1in the national capital. (LINK)

Diagnostics firm Dr Lal Pathlabs Ltd on Monday sold shares worth Rs.191.4 crore to institutional investors from its anchor book, ahead of its initial public offering (IPO) that opens on Tuesday. (LINK)

#stocks: How One “Lucky” Options Trader Made A 60,000% Return Over The Weekend

With Keurig Green Mountain trading around $51 late on Friday, one “hopeful” options trader decided it was an opportune time to buy 99 $60 call options (controlling 9,900 shares or around $594,000 worth at the strike) which unless something miraculous happened would expire entirely worthless within a week. (LINK)

As many as 599 highways projects have been sanctioned and about 12,903 km of national highways have been awarded entailing estimated expenditure of Rs 1.08 lakh crore under the present government. (LINK)

Snapchat, the photo-messaging app raising cash at a $15 billion valuation, probably isn’t actually worth more than Clorox or Campbell Soup. So where did investors come up with that enormous headline number? (LINK)

Sowing of rabi crops, as of Friday, remained lower than the same period last year and the area under cultivation was also less than normal due to decline in area sown under wheat, the main foodgrain grown during the rabi season. (LINK)

Government will soon come out with an integrated policy to scrap commercial vehicles that are over 10-year old to check rising pollution but there is no immediate plan to ban trucks and buses above 15 years, Union Minister Nitin Gadkari said today. (LINK)

Adding to the overall flutter and chaos over the fate of the GST Bill, the government on Thursday selectively leaked out its ‘Model Draft of Central/State Goods and Services Tax Act, 2016’. (LINK)

State Bank of IndiaBSE -1.02 %, country’s largest lender, has initiated a process to sell its stake in the National Stock Exchange, where it owns around 15%. (LINK)

#macronomics: The Real Estate Investment Dream is Over – by Dhirendra Kumar

Kenya’s tea output fell 22 percent in the first-half of 2015 from a year before, according to data from the industry regulator, after the country was hit by drought at the start of the year. (LINK)

Wind power company Inox Wind Ltd on Thursday said it has acquired 100% equity shares of Sarayu Wind Power (Tallimadugula) Pvt. Ltd for an undisclosed amount in a bid to expand its presence in the Andhra Pradesh market. (LINK)

#macronomics: Why Crude Oil is Seen as the Biggest Financial Risk of 2016

The biggest financial risk in 2016 may be the one that’s been on stage all year.

In Britain’s popular Christmas pantomime shows, audiences scream out “He’s behind you!” as a warning to the hero whenever the villain appears. (LINK)

#general: Why The World’s Smartest Investors Are Betting On Burgers, Beer, Coffee And Condoms

When it comes to consumer goods, the world’s billionaires can afford the finest of everything. Right now, some of the savviest investors among the 1% are trading down to the middle class, ponying up hundreds of billions of dollars to buy pantry staples like ketchup and mac & cheese, recession-proof beer and coffee brands, and consumer staples such as dishwasher detergent, condoms and disinfectant spray. (LINK)

#general: US Senators Introduce Legislation to Cut H1B Visas by 15,000

With eleven months to go for the American Presidential elections, the political race is not the only thing heating up. (LINK)