#general: Infosys at work on GST tech framework despite delay in passing of Bill

Infosys, which a few months ago won a landmark Rs 1,380-crore contract from the government to develop a state-of-the-art technology platform for the proposed goods and services tax (GST), is going ahead with the project despite the delay in the GST Bill getting passed, according to ministers and executives directly familiar with the matter. (Link)

#general: Global worries loom; FIIs to be net sellers in 2016 too

The domestic economy is beginning to do well, but there are lots of worrying signs in global markets which could affect India, feels Neelkanth Mishra, Head of Equity Strategy India, Credit Suisse. He expects foreign institutional investors to be net sellers in 2016 as well. In an interview with CNBC-TV18, Mishra says global linkages are the biggest concerns for listed companies.(Link)

Despite vigorous efforts to market India as a defence manufacturing hub, the government has failed to attract Foreign Direct Investment (FDI) in the sector with a paltry amount of Rs 56 lakh coming in since last year when norms were first eased by the BJP government.

Latest data shared by Minister of State for Defence Rao Inderjit Singh in parliament on Tuesday shows that in the period between October 2014 – September 2015, the FDI equity inflow into Defence Industries is a just Rs 56. (Link)

All India Gems and Jewellery Trade Federation has opposed the government’s decision to make PAN mandatory on any transaction over Rs 2 lakh and above from January 1.

It said the move would affect the business and lead to the growth of the unorganised sector and has sought the limit to be hiked to Rs 10 lakh.(Link)

#general: It will be a Cream Run for dairy industry for next 3 years: Crisil

#general: Government may come out with a national policy for software products

The Indian software products sector — for long obscured by the shadows of the IT industry and the recent ecommerce phenomenon — could finally get its place under the sun. The government is working on a national policy for software products.

The policy will take a comprehensive view of the sector and try to fix some longstanding issues pertaining to international tariffs, taxation and R&D among others that have been scuttling the industry’s growth, two people aware of the development said. (Link)

The Comptroller and Auditor General of India (CAG) has picked holes in the budgetary projections for expenditures made by various government departments for 2014-15, saying the projections were substantially underestimated compared with the supplementary grants obtained on account of ‘unrealistic expectations.’ (Link)

The world’s airlines are expected to post a collective record $60 billion in profits this year, according to preliminary figures released by the UN aviation agency on Tuesday.

Final figures will be released in July 2016.

The International Civil Aviation Organization (ICAO), which represents some 1,400 commercial airlines around the world, said a 6.4 per cent increase in the number of passengers from 2014 and a 40 per cent decline in jet fuel costs contributed to the industry’s profits. (Link)

The Larsen and Tourbo Ltd (L&T) stock has fallen by 25% since April. Worse, it has underperformed benchmark indices like the S&P BSE Sensex and S&P BSE Capital Goods, especially after the second quarter results.

Obviously, all is not well at the country’s largest infrastructure firm. Since April, Bloomberg has drastically cut analyst consensus estimates of earnings per share (EPS) for fiscal years 2016 and 2017 by 17% and 16%, respectively. L&T’s stock price of Rs.1,280 discounts the 2017 anticipated EPS by about 20 times. This may imply that negatives are factored in. (Link)

Thyrocare had written to Sebi eight months ago seeking approval for draft documents and clarification on issuance of shares to staff, relative. (Link)

#general: Stuck IPOs of Thyrocare, RBL Bank may get a relief

The Securities and Exchange Board of India (Sebi)’s recent decision to not penalise unlisted entities in breach of the public issue norms is a shot in the arm for the latter’s initial public offering (IPO) plans.

At least six companies, according to a source, were not able to proceed with their IPO plans, having breached the investor cap prescribed in the erstwhile Companies Act. SEBI at its board meeting on November 30 clarified that such companies will avoid penal action if they provide investors an option to surrender their securities. (Link)

Opening a window to the turbulence in people’s productive lives, recently released Census 2011 data shows that nearly 120 million people were “seeking or available for work”. That’s nearly 11% of the population excluding under-5 children. Slightly over half of these were not working at all while the remaining were marginal workers, that is, working for less than six months a year.

What is more worrying is that the brunt of this unemployment or under-employment is being borne by the youth, with educated youth suffering the most. Nearly a quarter of those aged 20 to 24 years were seeking jobs, while in the 25 to 29 years age group job seekers numbered 17 percent. (Link)

#general: The U.S. stock indexes are NOT making H&S tops!!!

Classical charting principles have rules. The Head and Shoulders is a classical chart configuration. The apparent and well-advertised H&S top in the U.S. stock indexes do not meet the rules. (Link)

The Securities and Exchange Board of India (Sebi) wants brokerages to disclose trading account details of each client on a weekly basis to the exchanges.

Broking houses hold a huge pool of client money or shares with them, which collectively runs in several hundreds of crores. But, there was no reporting criteria for individual client accounts, so far. Instead, the money or shares were used to fulfil margin requirements for derivatives in propriety account or provide short-term funding to other traders. (Link)

Today, Cyrus Mistry completes three years at the helm of the Tata Group. Mistry and the group have had their fair share of challenges to deal with during this time. (Link)

#general: When A Unicorn Startup Stumbles, Its Employees Get Hurt

Good was a unicorn, that is, a private company with a valuation of more than $1 billion. But then found their shares made practically worthless by a sale to BlackBerry for $425 million. (Link)

Compared with 8.5% growth a year ago, freight volumes fell 4.2% in November this year. (Link)

It’s that time of the year, when analysts make predictions about how Indian stocks will perform next year. But, with their dismal track record from last year, should they bother?

After Indian markets rose 30% in 2014 and investors were expecting big reforms in the economy, analysts were bullish going into 2015. All major global brokerage firms predicted the market would rise 15% to 20% this year. However, with just a few trading days left, India’s S&P BSE Sensex is down 6%, while the Nifty 50, the other major index, is down 5.1%. (Link)

The capital’s misadventure with the BRT corridor may finally come to an end with the city government set to start dismantling it from early January. PWD has started the tendering process and work will take place in two phases at an approximate cost of Rs 10 crore to Rs 12 crore. The project was constructed at a cost of Rs 190 crore and sources said it took an additional Rs 15crore to Rs 18 crore to maintain it since 2008. (Link)

The demand for sex products is on the rise in cities as well as small towns, revealed a recent countrywide survey of sales trends of adult products. (Link)

A few weeks ago, Goldman Sachs finally conceded defeat for its BRICS fund, an investment vehicle focused on the hot emerging-markets bloc of another era. The fund had lost 88% of its assets from a peak in 2010. And the reasons by now are so familiar that they can be rattled off by cabdrivers: Scandal-plagued Brazil—the “B” in BRIC—has been lurching from crisis to crisis and is now sinking into its deepest recession in 25 years. Russia (the “R”) is rusting like a Cold War–era Volga, hobbled by sanctions and a chief export (energy) that has cratered in value. China’s once-unstoppable economy is cooling quicker than a Sub-Zero, as reforms sputter forward. And South Africa, which joined the BRICS group a few years ago (turning the acronym’s lowercase “s” into an uppercase one) barely rates a mention. (Link)

In September, Shilpa Gupta, director of Emaar MGF Land and wife of the company’s managing director Shravan Gupta, acquired 99 per cent stake in two little known companies -Alcove Realtors and Cameo Realtors. She bought 9,900 shares in both the firms. While the deal amount was not in the public domain, at a face value of Rs 10 each, the shares were worth less than Rs 2 lakh.

At first glance, there’s only one similarity between Alcove and Cameo – both the firms had a negative net worth of about Rs 34 lakh each. But, a study of Ministry of Corporate Affairs (MCA) filings reveals shocking details. Alcove and Cameo own 50 per cent each in Loam Realtors, which controls Dehradun Tea Company (DTC). (Link)

Saudi Arabia has announced it will raise petrol prices by over 40% from Tuesday as the country decided to cut the subsidies range after reporting a budget deficit, an AFP report has said.

Along with petrol, the council of ministers, headed by King Salman, announced a price hike for electricity, water, diesel and kerosene, the report added. (Link)

Can You Plan for a Black Swan? – Link

Richard Dawkins: I can’t be sure God does not exist – Link

The psychology of trading by Alessio Rastani – Link

The Logic of Risk Taking – Link

The Secret To Make Money In Stock Market – Yogeshwar Vashishtha

What I Learned from Losing $200 Million – Link

Why we must respect idea-invalidating stop loss levels – Link 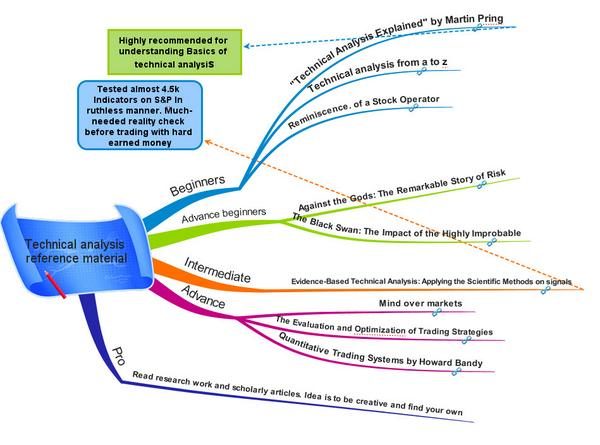