Some Sunday Goodness in Charts. Years ago, we had discovered the Middle Finger Pattern: 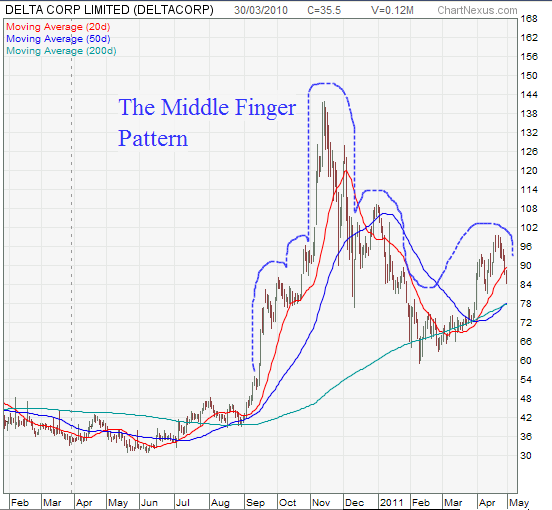 Which, as you might have guessed, isn’t an actual pattern! Since we get so many questions about it, let’s just confirm: This is just meant as humour.

Delta corp is still at about Rs. 82 – and that post was in 2011, so apparently the stock did flip the bird on us at that time.

Oh well, in that spirit we have discovered more such awesome patterns. 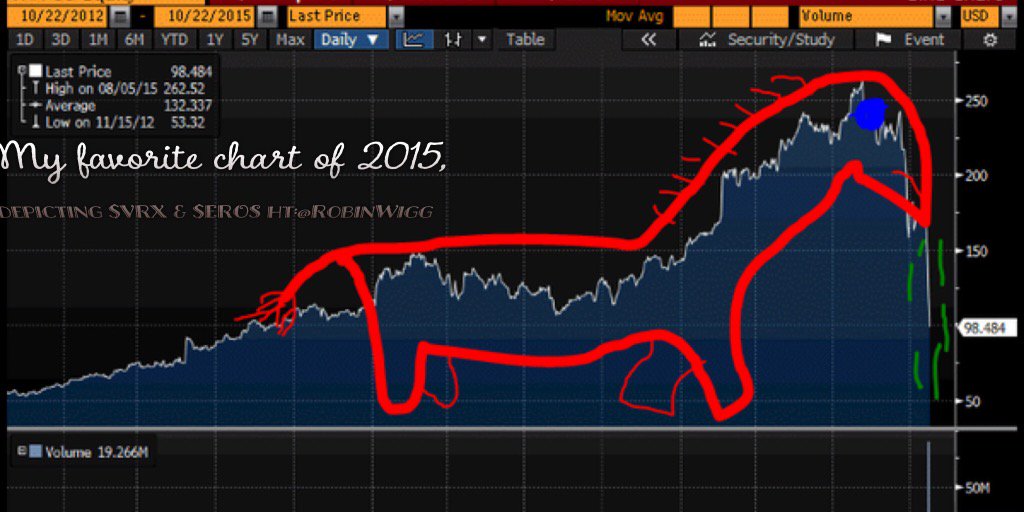 And in that spirit we’ve found our Indian equivalent: 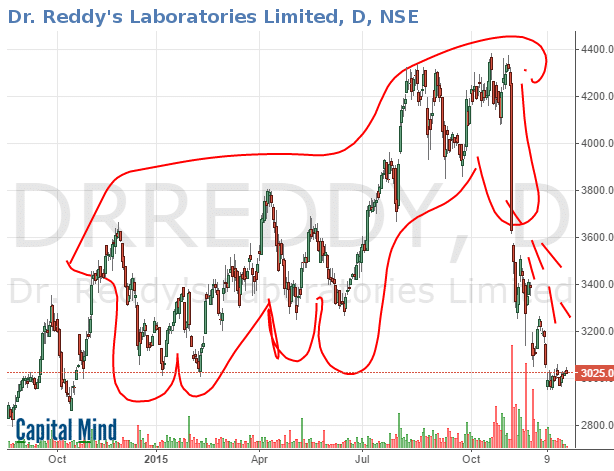 And You Gotta Have A Hunting Dinosaur

You’ll know I have little kids because I had to have found this guy: 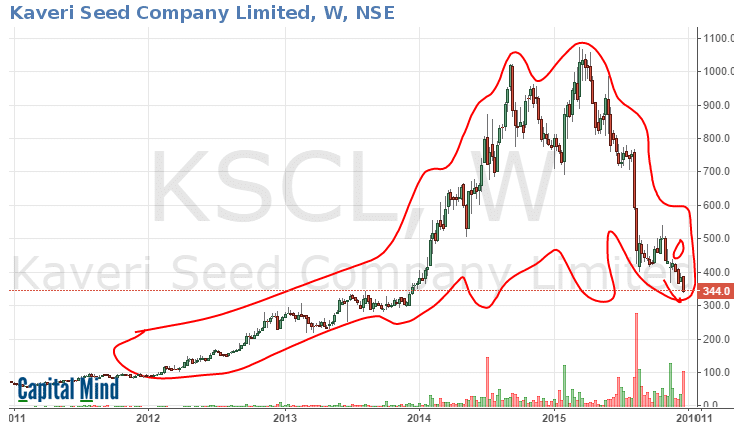 Just for a Nice Sunday 🙂