We bring to you the “Domestic Airlines Report Card” for the month of November, 2015. We take a look at the Number of Passengers carried, Market Share of Each Carrier, Passenger Load Factor and others. (Here is the Report Card for October, 2015)

The total number of passenger carried during the month of November, 2015 stood at 73.22 lakhs compared to 58.74 lakhs during the same month of the previous year. This resulted in a growth of +24.65% (YoY). 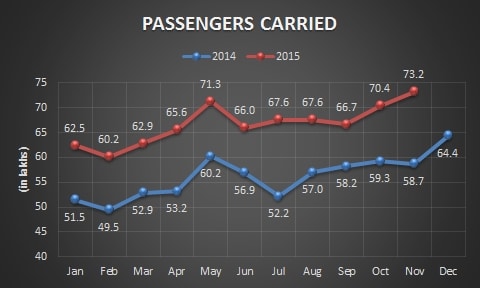 SpiceJet and Air Costa were the only players to have a decline in PLF at -1.4% and -0.4% respectively. 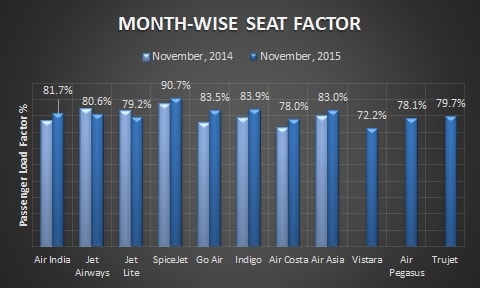 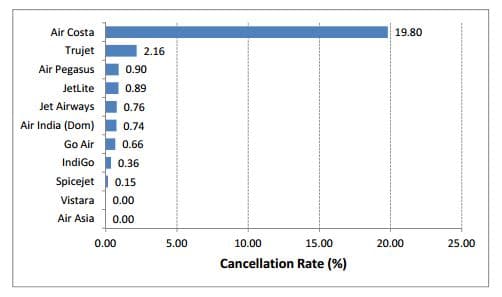