What’s interesting in the last two months has been the massive outperformance of the small caps over the index. Even as the Nifty has recovered from, then fallen back to the lows of October, the Mid and Small cap indexes have done way better. 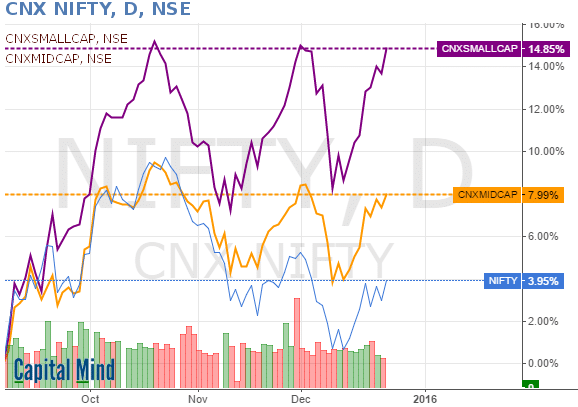 With a 4% return since October, the Nifty’s way less of a performer – in the face of massive FII selling – as compared to the Mid and Small cap indexes.

And this is relatively recent – look at the performance over the entire year. The Mid and Small cap indexes typically retreat to close to the Nifty return after small bouts of outperformance. 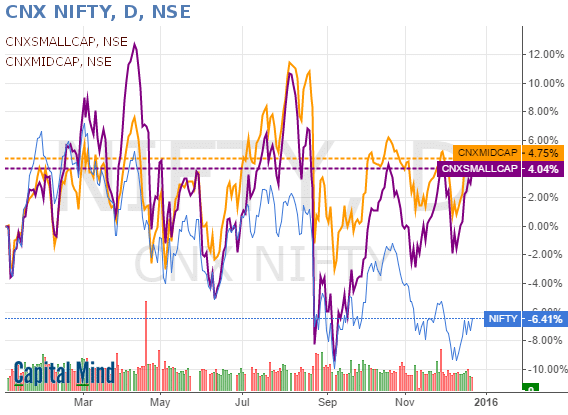 Just a note: This kind of outperformance will be explained by “domestic money” flowing into markets and that this time is different etc. It usually doesn’t work that way, and this difference won’t last long. It remains to be seen what changes – do large caps move up, or mid/small caps collapse? My fear is the latter, and that’s one reason to keep strong stop losses on those glittering mid and small caps.