The worldwide slowdown is quite real, apparently, as India’s imports and exports contract substantially over the last November. However, this might be the last month of the “base effect” as it appears that trade numbers started to fall (and reflect the drop in crude prices) from December last year. 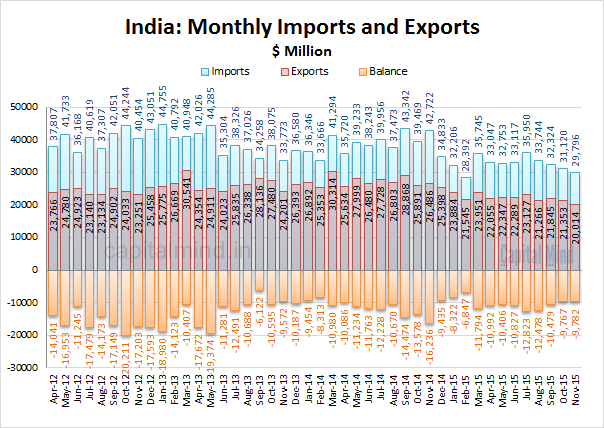 Growth Stalls: Even in Non-Oil Imports

Overall export growth is much lower, admittedly. Imports and Exports both fell more than 20%, but imports were much worse at -30%. This is the lowest growth number in more than five years. 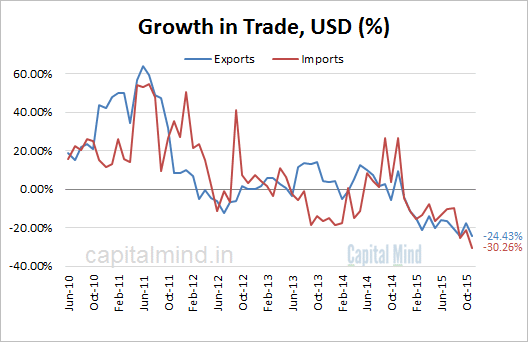 However, remember that commodities have been crushed – so even if we imported the same quantity, the price drops (as much as 75% in certain commodities) would obviously be lower. We don’t have quantity numbers as yet, and even if we did they would have to be normalized on a per-industry basis to get any real value.

Non-oil imports too have cratered: 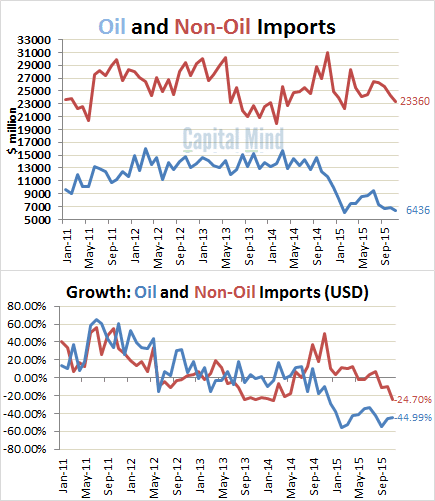 The REAL number: Average Trade Per Day Lowest Since 2011

Since each month has a different number of days, we take the average trade per day (based on the number of days per month). Here’s the figure and you can see the horrendous drop in trade: Our View: Bad, But So’s The World, And The Next Few Months Could Be Better

This is horrible data, but also masks the fall in commodity prices the world over. Come December, the year-on-year growth numbers will not look as bad, because last December saw the price fall and to some extent, things are comparable.

We should however be worried about a few things:

The trade deficit might not tell us that India is slowing down, but once we normalize trade data off the base effect, worries around real growth will have to be addressed. What we’re really saying is: This data sucks so much that the only way from here is up. Or so we hope.