India’s Current Account Deficit is at -1.6% of GDP as it comes in at -8.2 Billion Dollars for the quarter ended in September. This has been a rising number in the last three quarters, both as a % of GDP and in absolute terms. However at -1.6% it’s  not a big worry. 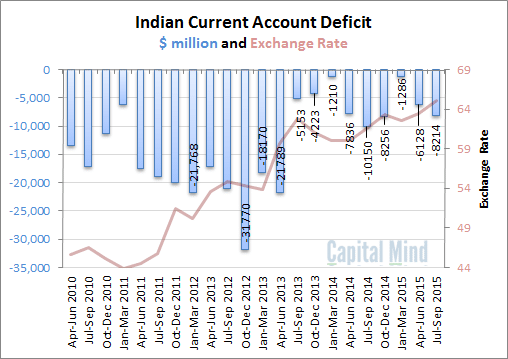 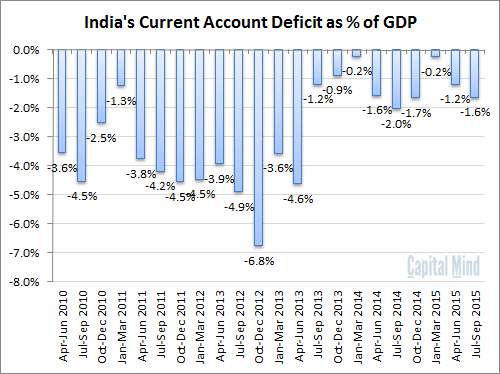 How has the CAD come about? As you can see, we got nearly $16 billion in remittances, and about $18 billion dollars in services that rescued us – but otherwise, we have seen a massive $37 billion hole in our goods imports (which used to be mostly crude and gold) that has changed things.

The Balance of Payments

Read: What is the Balance of Payments?

The Current Account is always balanced by the rest of the elements in the Balance of Payments (BoP). The rest are the Capital and the Financial Account, and we have highlighted some of the pieces here: Our View: CAD Is Not Much, But Worry Is That Flows Slow

With crude at lows and gold imports not that high, though, we should be worried about a few things: