The Rupee has slid slowly to Rs. 65.5 to a dollar, after a couple weeks of being under Rs. 64. In our premium letter earlier (requires subscription) we had capped the rise of the rupee and spoke about how it would reverse since the inflows were only about FIIs buying rupee debt, and that they had finished up their new increased limits.

Against the rupee, we have seen a sharp rise in the value of the dollar and the Pound, while the Yen and Euro have been in a short-term downtrend. 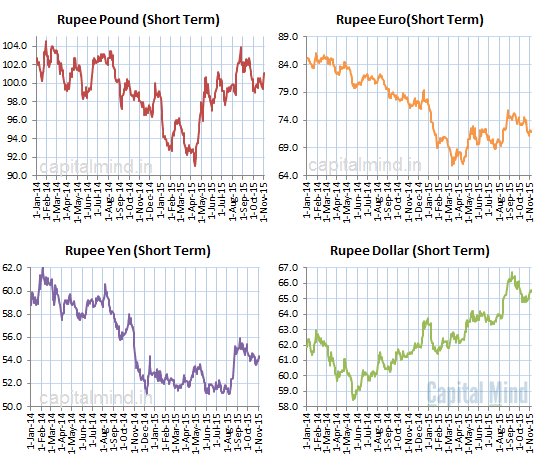 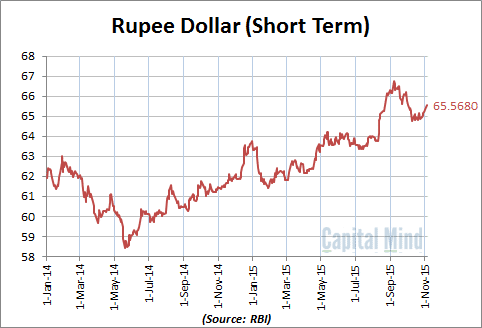 There are good reasons for this: Foreign investment is slowing and indeed, reversing. FII sales have been steady in the last few days.

There will be another round of volatility in January when more trading limits open up further for foreigners buying Indian government securities. There are issues, though, that plague the rupee:

For the rupee to be less dependent on inflows, we have to build things other countries really want. If we want to be dependant on inflows, we have to Free the Rupee. (Make it convertible) The decisions required to make these outcomes happen within five years, have to be taken now. Otherwise that rupee graph will always be looking like it starts low on the left and goes high to the right.