#fixed-income: Are debt funds getting riskier?

Investors in equity mutual funds are used to being told that these schemes are risky in nature and long-term investment is the best way to mitigate this and earn reasonable returns. In stark contrast, debt fund investors are more or less assured of their returns. And, since these returns, though higher than from fixed deposits, are not spectacular, most feel they aren’t putting money in risky instruments. (Link)

#options: 10 Price Action Tips That Will Make You a Better Swing Trader

What is price action? – Price action for swing traders is the art of looking at individual candles to determine the probable direction of a stock – without using any technical indicators.

Ultimately, analyzing price action tells you who is in control of a stock. It also tells you who is losing control: the buyers or the sellers. Once you are able to determine this, you can pinpoint reversals in a stock and make money. (Link)

Sanjiv Kapoor has stepped down as chief operating officer at Spice-Jet, bringing to an end a seesaw two-year tenure marked by the low-cost airline’s string of financial losses, near closure, changed ownership and eventual return to profitability. (Link)

In a first, India’s apex direct taxes body is looking to hire an outside consultant to get its house in order, setting the stage for big-ticket taxation reforms and changes in the way the department functions.The consultant would advise the Central Board of Direct Taxes on restructuring, bringing in an outsider’s perspective to the department that is looking to become more taxpayer friendly. (Link)

Investors on Friday bet on a bump in sales for companies with baby or child-related businesses after China’s Communist leaders announced that all married couples would be allowed to have two children. The economic waves traveled as far afield as New Zealand, where the currency of the dairy exporting country surged. (Link)

#general: The Chinese exchange that lured 220,000 investors may have been a giant Ponzi scheme

Thousands of Chinese investors who have sunk an estimated $6 billion into Fanya Metal Exchange are trying to get their money back through public protests and even, at one point, kidnapping the exchange’s founder and turning him in to the police. The government has mostly ignored their plight, despite the fact that China’s state banks recommended Fanya to customers, its national television stations tacitly endorsed the exchange, and local regulators approved it. (Link)

In what appears to be a gradual strengthening of the role of family members in the $3-billion Essel Group, it has been announced Amit Goenka, the son of Chairman Subhash Chandra, has been appointed chief executive officer (CEO) of the international broadcasting business of Zee Entertainment. Chandra’s younger brother, Jawahar Goel, has been elevated from the post of managing director of Dish TV to that of chairman. (Link)

Nobody cares about you : George Carlin – (Link)

#macronomics: Take it easy – Economies are too weak for normal monetary policy to resume

THIS was supposed to be the year when monetary policy started to get back to normal. Seven years after Lehman Brothers collapsed, central banks were expected to edge away from a policy of near-zero interest rates. But now, with the year almost over, the Federal Reserve has yet to push up rates while other rich-world central banks are focused more on easing than on tightening. (Link) 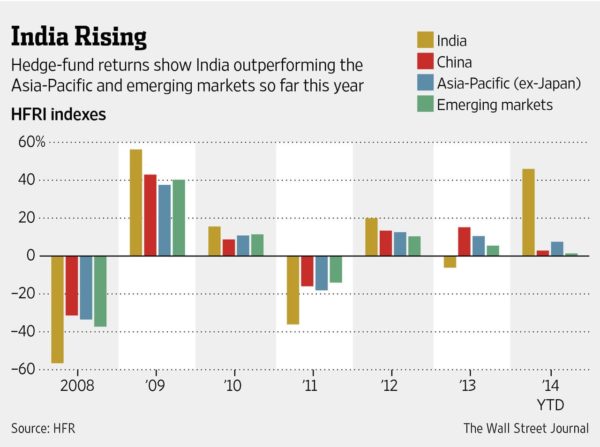 #stocks: Niece drags Baba Kalyani, family to court over wealth; claims one-ninth of the estate as her share

The Kalyani family from Pune that owns the eponymous business group has been dragged to court by the young niece of the patriarch Baba Kalyani, the chairman of the group’s flagship Bharat Forge, demanding her share of ancestral wealth, including stakes in listed companies.(Link)

ITC Ltd announced the retirement of two top executives on Friday, pitchforking Sanjiv Puri, the cigarettes and FMCG business head, as the front runner to succeed long serving chairman Y C Deveshwar who is scheduled to hang up his boots in 2017. (Link)

#stocks: How Indigo’s Rakesh Gangwal Became The King Of The Blue Skies

Gangwal’s shrewd dealmaking and frugal innovation have propelled the budget airline to the top, culminating in a highly successful IPO. (Link)

#stocks: Eros – A Vicious Takedown by a Professional Scam Artist Or the New Enron?

The recent IPO of Cafe Coffee Day (CCD) has not been able to break the jinx — listing losses, i.e. the scrip being traded in the bourses at a discount to the IPO price.

CCD IPO price was Rs 328 but it had takers at only Rs 313 which is quite ominous for the retail investors. The years 2011 and 2012 marked a new low insofar as IPOs in India were concerned what with 80% of the issues condemned to a listing loss. (Link)