The problem currently is that

Firstly they’ll muck around the debt.

States can borrow at 8-9% through bonds. The DISCOMs borrow at 14%. If the states borrow and payback the DISCOM debt, technically the cost of debt comes down to 8-9%. This is what will happen:

These bonds will not be in the fiscal deficit calculations of 2016 and 2017.

To ensure that this is one time, the DISCOMs future losses will be funded by states directly. (Meaning it will have to be part of their budgets)

DISCOM funding through other schemes and power grants

NTPC will offer lower cost power to such states that accept the UDAY program.

Plus, they will get funding from additional schemes from the government, which have complex acronyms and are too complex to delve into. Basically this is like an incentive to drive states to join.

Think about this – there is Rs. 430,000 crore of debt at 14%. None of this is considered “bad” because it’s after all quasi guaranteed by the state governments. So you can assume there is about Rs. 56,000 cr. of interest that’s being earned by banks and financial institutions.

Further, taking bonds as a payment is a mess because being non-SLR, these bonds will not sell easily. (But hey, I would be happy to pay for these bonds if they were guaranteed by a state, and paid 9%! However, you and I can’t buy these bonds).

To any lender this is horrible. And we saw stocks of the biggies – Power Finance Corporation and Rural Electrification Corporation (which have exposure to such loans) fall 10% and 8% respectively. 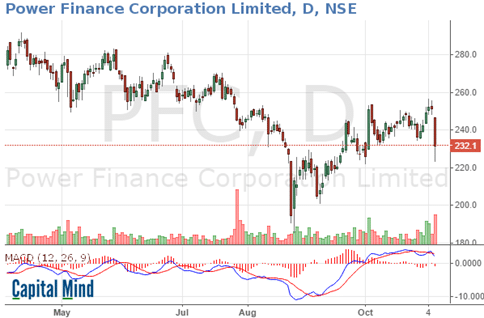 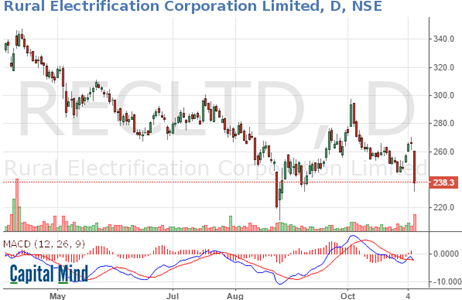 But the reform is good.

It will force losses on to states, who will have to maintain fiscal discipline and thus not give stupid things like free power.

They will have to work out a mechanism to raise tariffs.

States will need this mechanism to get lower cost power otherwise the SEB losses will keep going up. A state can choose to go against the UDAY scheme and not accept it but we expect that RBI will ask banks to consider those loans as “bad” loans if a state ditches the UDAY program. Which will mean a massive funding crunch for the SEB, so most will have to accept.

The point is – this is good reform, but states will attempt to resist it until they are forced to accept it at gunpoint. But if that’s what’s required, that’s what has to be done.

Lenders are in a soup anyhow, and let’s hope this veil of a “good loan because it’s an SEB” is removed and we can finally see bank books for what they really are – quasi lenders to the government most of the time. When that is known, they will have to convert their portfolio to lend more to the economy.

However, we expect scheme specifics will change. (Currently all states are sitting with the center in a 2 day meeting, to discuss these reforms. There will be some changes over the weekend).