The Nifty was up 1.5% in October, a month that generally sees lots of volatility and has negative average and median returns. This is now three consecutive years of positive October returns. (October *is* somewhat special, in that there is Dussehra in that month in India, and half yearly results are out. 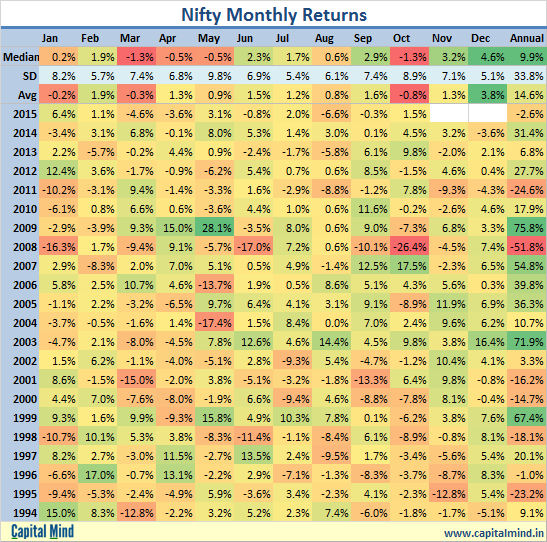 And for the sake of completeness: Here’s the Sensex too: November will be eventful – there are lots of things lined up, but the main piece will be Bihar elections – an NDA win or loss will shape opinion of the market about government reforms. The opposition looks too disorganized to win, but there are surprises everywhere. If the NDA loses, the focus could shift to a dull government and potential populist moves to counter the political backlash. If it wins, it’s got a much stronger sight at good decision making and support in the near future. Let’s see what the month brings!