Governments, businesses, and economists have all been caught off guard by the geopolitical shifts that happened with the crash of oil prices and the slowdown of China’s economy. Most believe that the price of oil will recover and that China will continue its rise. They are mistaken. Instead of worrying about the rise of China, we need to fear its fall; and while oil prices may oscillate over the next four or five years, the fossil-fuel industry is headed the way of the dinosaur. The global balance of power will shift as a result. (Link)

#macronomics: “Our Data Is Not Good” – US Companies Warn That A Recession Is Coming

Quarterly profits and revenue at big American companies are poised to decline for the first time since the recession, as some industrial firms warn of a pullback in spending.

From railroads to manufacturers to energy producers, businesses say they are facing a protracted slowdown in production, sales and employment that will spill into next year. Some of them say they are already experiencing a downturn.

“The industrial environment’s in a recession. I don’t care what anybody says,” Daniel Florness, chief financial officer of Fastenal Co. (Link) http://www.zerohedge.com/news/2015-10-26/our-data-not-good-us-companies-warn-recession-coming

#general: Bihar elections: Bookies see reverse swing for BJP, claim youth may not go with Grand Alliance for its association with Lalu

The NDA as well as the Grand Alliance might be claiming their victories in the crucial political fight in Bihar, but, punters believe that it is the BJPled NDA that might form the government in Bihar. (Link)

In the past three months, Anand Piramal, 31, the reticent, fresh-faced son of Swati and Ajay Parimal, announced his arrival on the big stage with two blockbuster deals. He raised Rs 1800 crore from Warburg Pincus and then within three weeks another Rs 900 crore from Goldman Sachs, both in the group’s real estate development arm, Piramal Realty – the largest FDI in the sector since 2008. (LINK)

#macronomics: Before You Buy That House: India’s Housing Crisis Set to Deepen?

Are construction-linked home loan schemes responsible for the present crisis in the housing sector in India? Well from the face of it that appears to be the case; there is a bizarre trend seen across metropolitan cities and even Tier II and Tier III cities of builders dumping projects after having received around 90 per cent of the payment from home buyers. (LINK)

#stocks: Searching for profits in America

Don’t be fooled by last week’s terrific tech news. The explosive growth trajectory from the likes ofAmazon (AMZN, Tech30), Google (GOOGL, Tech30) and Apple (AAPL, Tech30) are the exception, not the rule, these days. A powerful concoction of market forces have teamed up to put a lid on corporate profit growth. Among these factors are China’s slowdown, the resurgent U.S. dollar, cheap oil, and even rising minimum wages. (LINK)

#stocks: Taking the Sex out of Sensex – Deepak Shenoy

In the months following the formation of his government, the stockmarkets have been on fire. Now this raises some fundamental questions: what role has Modi played in this market rally? Is there a basket of stocks that would be the best indication of Modi’s economic worldview? How has this basket compared with indicators like the Sensex? (LINK)

Flipkart will now have an offline sales presence in what is being seen as a major move to reach out to those segments of the population that are not comfortable with the internet. It is starting what it calls an assisted e-commerce model and, for now, this will be restricted to phones. (LINK)

The government has cleared 16 foreign investment proposals, including that of HDFC Capital and Ageon Religare Life Insurance Company, amounting to Rs 4,722 crore. (LINK)

In the last seven quarters, including the three months ended September, its net profit has grown 18-19%. It doesn’t command the valuations of its larger peer simply because its return ratios are lower and bad loan ratios higher. But note also that the bank also sold Rs.1,850 crore loans to asset reconstruction companies (ARCs). (LINK) I will not agree with that assessment. It is true that FDA has a strict compliance system but it is a blessing in disguise. This is because on a longer term, it makes the industry much stronger in India to compete. We hardly had a presence in the US market about 15 years back. Today, 22% of all generic prescription in the US comes from India, so that is our competitive strength. (LINK)

Kishore Lulla-led Eros International Plc, once hailed as the king of Bollywood content by global investors, is facing a massive selloff on the New York Stock Exchange (NYSE) after analysts raised red flags on the company’s receivables and user count of its streaming service ErosNow. (LINK) 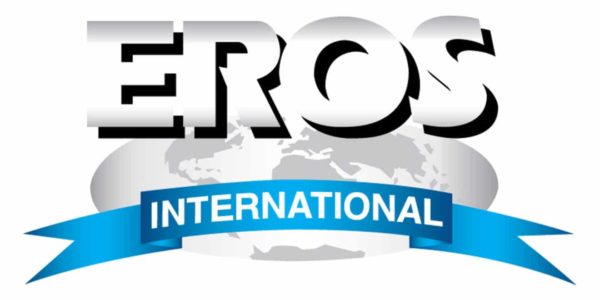 Disclosure: The authors at Capital Mind have positions in the market and some of them may support or contradict the material given above, or may involve a di
rection derived from independent analysis.