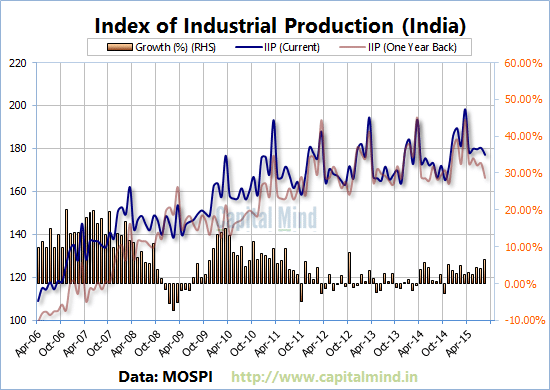 This data is okay but as you can see in the graph, there is a big base effect. Much of the rise is due to the fact that IIP was at a low last year in August after three months of reasonable growth. Manufacturing actually contracted. No wonder things look good.

Just to prove that using a different starting point gives you a different picture, here’s the 3 year compounded growth of IIP. (For any month, versus three years ago, same month). 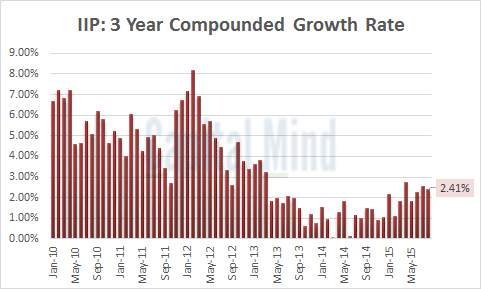 Like you see, August looks less “cool” than July. You can beat out anything you want out of data, really. It’s the narrative that supercedes the data most of the time.

Everything did well (year on year) because everything was in bad shape last year. 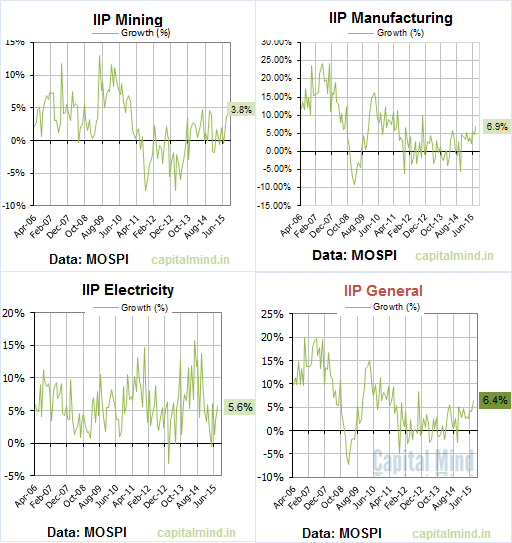 Capital Goods pretty much took it all up, and that data is very flaky.

Consumer durables too has a huge base effect of non performance that it will always recover from.

Good data. But not so good considering the base effect.

We think this isn’t really going to last. While manufacturing continues to perform in general, there is no data on the ground that seems to indicate a huge change. Let’s see how results of companies pan out, and we will see if this IIP deal is for real.