Bharti Airtel announced results today and it seems like things are quite tough for the telco. 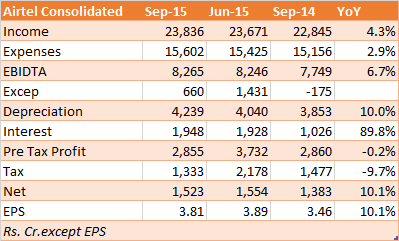 While this sounds good (at least they are making a profit!) there are some serious problems with the above:

Plus the Average Revenue Per User (APRU) has fallen to the lowest in eight quarters: 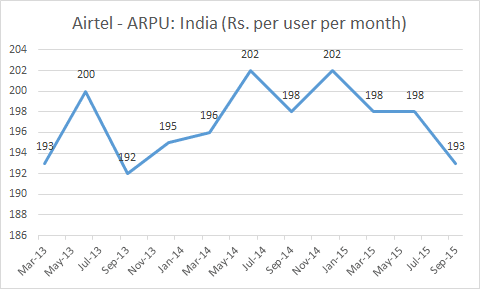 With over 25 cr. subscribers in India, subsequent growth will be quite tough going forward – for one, there’s competition, and for another there is the fact that we have just 120 cr. people, and possibly just 75 cr. adults, and from here on, it will be a fight for marketshare.

Overall, this is not a company that should attract the high P/Es we seem to be paying for. At single digit growth numbers, Airtel will struggle to maintain valuation.