#general: Will Piramal Realty Prove To Be Lucky For Warburg Pincus And Goldman Sachs?

“It is a clear case of oversupply in Thane, with no demand,” says Ahuja, who is one of the 300 registered agents among a crop of 2,000 largely unorganized ones who have mushroomed over the past five years in Thane. 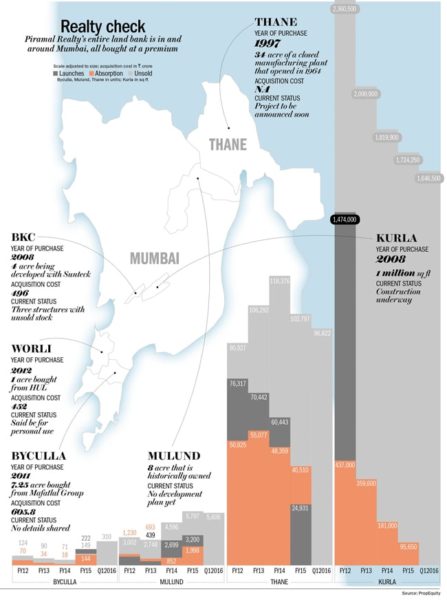 Here’s a mystery. How did two companies run by Reliance founder Anil Ambani manage to invest $250 million in a related company without anyone in the firm realising? And why has the UK’s financial regulator secured a conviction in a connected case, when India’s regulator merely settled? These unknowns reflect poorly on India’s already downtrodden reputation among investors.

#general: Have rating agencies been caught napping on corporate debt?

How far can you rely on ratings when making an investment decision?

The question, one which has been debated globally since the 2008 global financial crisis, has come back to haunt Indian debt investors after JP Morgan AMC was forced to restrict redemptions from two investment plans following CARE Ratings’ decision to suspend the rating of Amtek Auto Ltd. Another credit assessor, Brickwork Ratings, lowered the company’s rating by 12 notches in one shot.

A walkthrough of how Tom Hayes influenced the Libor rates and helped the bank earn over $50 million. 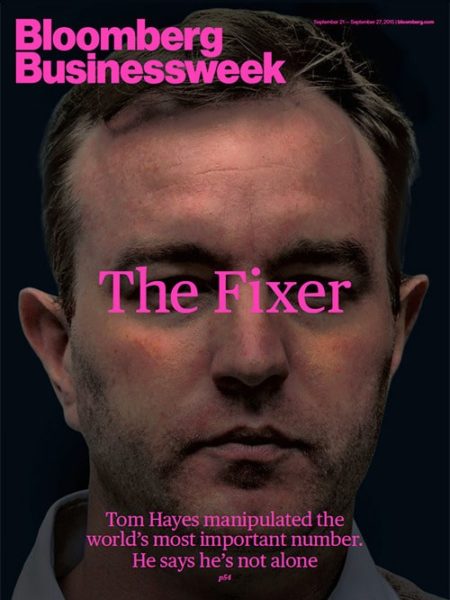 #general: UBER: The butterfly that fluttered!!

In the last 2 years since UBER established in India, there has been a major social change that is not yet fully felt and understood. Now, it is fashionable to become an UBER driver. More importantly, it pays well to be an UBER driver.

School dropouts are now able to earn about Rs.60,000 per month; that is more than Rs. 7 lakhs per year!! UBER currently has more than 50,000 drivers in India. These drivers were perhaps making less than Rs.20,000 per month earlier. Now their salary has gone up 3 times. UBER single-handedly has added Rs.2400 crores to the Indian economy in the last year.

#macronomics: The Rage of the Bankers

“Last week the Federal Reserve chose not to raise interest rates. It was the right decision. In fact, I’m among the economists wondering why we’re even thinking about raising rates right now” – Paul Krugman.

Amtek Auto has missed payments on the Rs 800 crore worth of bonds that matured on Monday, potentially exposing the Indian banking system to a near Rs 8,000 crore of loans which may have to be classified as bad loans if the company does not quickly make payments, said three persons familiar with the development

India has awarded a contract worth Rs.1,380 crore to Infosys Ltd to build and maintain the technology network crucial for implementing the proposed goods and services tax (GST) system across the country for five years.

The government had created a company called GST Network (GSTN) to provide the technology backbone to introduce GST and connect the databases of states and the centre.

Today happens to be Ganesh Chaturthi. It also happens to be the birthday of Prime Minister Narendra Modi. If you believe gossip, many bureaucrats today are praying to Lord Ganesh and seeking a single term for the Prime Minister. Last evening, the NDA regime dropped a bombshell on bureaucrats. It has decided that bureaucrats who are either incompetent or tainted, or both, will face compulsory retirement after they celebrate their 50th birthday. Like in many senior positions in the private sector, they will get three months to pack their bags.

Industry officials say thousands of hectares of cane have been damaged after India’s first back-to-back drought in three decades, as farmers also refrain from planting cane for the next season due to water scarcity.

National Stock Exchange’s (NSE’s) key benchmark index, the 50-share CNX Nifty, will be rechristened “Nifty 50” effective November 9, 2015, according to a release by the exchange.

CNX Nifty that accounts for 23 sectors of the economy, is owned and managed by IISL, which had a marketing and licensing agreement with Standard & Poor’s for co-branding equity indices. The ‘CNX’ in the name stands for ‘CRISIL NSE Index’.

PS: If you haven’t subscribed yet, here is your chance. Purchase Capital Mind Premium at a Rs. 1000 discount, only at Rs. 10,999 for a limited period! (Details)