#general: Will Piramal Realty Prove To Be Lucky For Warburg Pincus And Goldman Sachs?

It is a clear case of oversupply in Thane, with no demand,” says Ahuja, who is one of the 300 registered agents among a crop of 2,000 largely unorganised ones who have mushroomed over the past five years in Thane.

Trenches are being dug in the next big battleground for the investment industry, as Goldman Sachs’s asset management arm launches its first exchange traded fund to snag some of the billions of dollars pouring into the next generation of passive investment products.

ETFs seek to give investors a cheap, simple way of tracking an underlying market or index, such as the S&P 500 equity gauge, or the Barclays Aggregate for bonds, collecting the passive “beta” of the broad market, as opposed to the “alpha” generated by clever stockpickers or bond kings.

The Securities and Exchange Board of India (SEBI) has slapped a penalty of Rs 7,269 crore on PACL. This is the first time that the regulator has imposed such a high penalty.

#general: Is this the Start of India’s Gold Confiscation?

On April 5, 1933, FDR signed Executive order 6102 which made illegal “the Hoarding of gold coin, gold bullion, and gold certificates within the continental United States” in the process criminalizing the possession of monetary gold by any individual or corporation.

This was de facto gold confiscation; De jure it wasn’t, because as compensation for the relinquished gold, Americans would receive 20.67 in freshly printed US dollars for every troy ounce. Anybody who objected faced a fine of $10,000 (just under $200,000 in inflation-adjusted dollars) and up to 10 years in prison.

Capacity utilization, or plant load factor, in the thermal power sector continues to drop. For April to August, the reading was 60%, compared with 64-70% in the last three years. If the current trends continue, the thermal power industry’s utilization levels can hit another low in 2015-16, especially as the peak electricity consumption season is behind us. 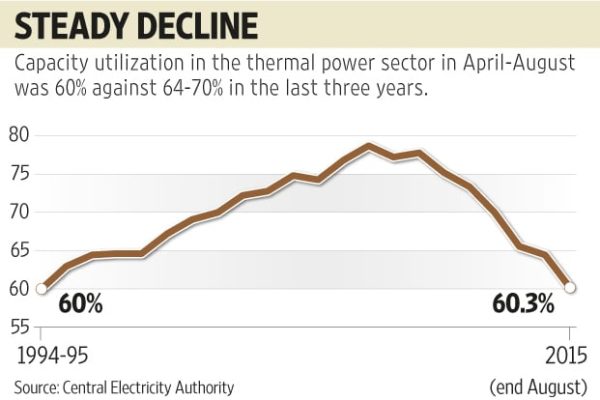 A private Chinese manufacturing gauge fell to the lowest in 6 1/2 years, underscoring challenges facing the economy as its old growth engines splutter.

A global sell off in riskier assets gained pace after the preliminary Purchasing Managers’ Index from Caixin Media and Markit Economics dropped to 47.0 in September. That missed the median estimate of 47.5 in a Bloomberg survey and fell from the final reading of 47.3 in the previous month. Readings remained below 50 since March, indicating contraction.

#stocks: Making too much out of Volkswagen episode: Motherson Sumi’s Sehgal

Motherson Sumi’s chairman Vivek Chaand Sehgal told analysts that the market’s concerns are overdone as far as the impact on the company is concerned following the recall of Volkswagen vehicles in the US. Last week, US regulators had asked Volkswagen to recall half a million vehicles that disguised pollution, triggering concerns there would be an impact on Motherson Sumi Syste
ms, which supplies components to several brands of the Volkswagen group. 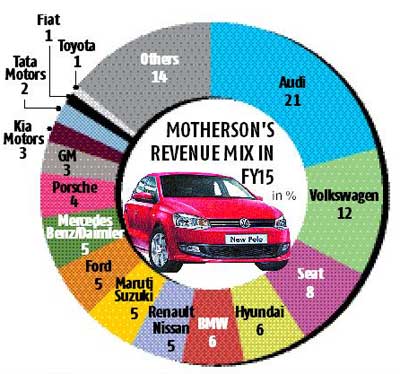 #stocks: Stirring the Soup: Lessons for Value Investors in the Nourishing Growth of Britannia Industries

Britannia Industries (MV $5.46bn), India’s leading biscuit and confectionery maker who had compounded over 400% since the “soup-stirrer” Varun Berry joined in Jan 2013 as COO and took over the CEO/MD leadership baton from veteran Vinita Bali (2006-13) in Apr 2014. Prior to joining Britannia, Berry was the CEO of PepsiCo Foods for South Asia.

Industrial group Larsen & Toubro is looking to sell some assets including roads and infrastructure projects and dilute its stake in non-core subsidiaries to revive performance. 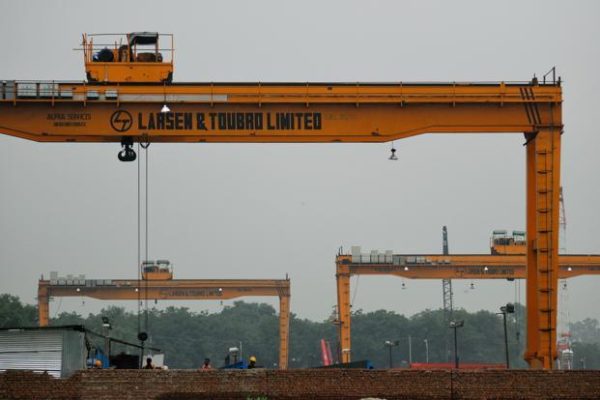 Ever since July 2010, when the RBI disallowed banks to charge their borrowers interest rates which are lower than the respective bank’s base rate, there has been a marginal uptick in the otherwise moribund Indian bond markets. The current surge in bond market issuances is a continuation of this trend. The trend has been strengthened by the reluctance of Indian banks to reduce their base rates in tandem with the RBI’s reduction of repo rate.

#stocks: Textile stocks are back on Slack. Hot discussion on Denim, Arvind, Levis..

Denim Is in Real Danger of Going Out of Fashion – http://www.nbcnews.com/business/consumer/denim-real-danger-going-out-fashion-n176211

The chairman of one of India’s biggest industrial groups, Larsen & Toubro, sees little sign of a recovery in Asia’s third-largest economy, with some of his factories running far below capacity and facing a dearth of new orders.

A M Naik, executive chairman of the 77-year group, often viewed as a bellwether of the economy, said Prime Minister Narendra Modi’s reform agenda had failed to boost business among its core engineering, construction and infrastructure customers. “In terms of economic revival, it is not happening on the ground,” Naik told.

Bets on Bank Nifty, which has recovered from its year-low over the past two weeks, are yielding outsized returns as bulls and bears struggle to hold sway in banking counters ahead of the Reserve Bank of India’s monetary policy on Tuesday.

After an 18-month prolonged wait, the US government on Tuesday finally extended the generalised system of preferences (GSP) for Indian exporters retrospectively fro
m August 2013, enabling duty-free entry of 3,500 product lines. The move is expected to benefit exporters of textiles, engineering, gems and jewellery, and chemical products, among others, as their biggest market is the US. The USGSP, which expired in July 2013, has been extended with retrospective effect from August 2013 till December 2017.

U.S. stocks looked on track to open sharply higher Friday, helped by Federal Reserve Chief Janet Yellen signalling the economy is strengthening and an interest-rate hike is likely this year. Investors also are bracing for fresh readings on consumer sentiment and the U.S. economy’s growth