Josh has an excellent post at The Reformed Broker: The Positive Feedback Loop is Broken.

The longer this goes on for, the more ingrained the conditioning. Tentative dip-buying gives way to confident leaps into the breach. This is why the dips become short and shallow while the recoveries become v-shaped. No time to lose!

But then, slowly, the instant gratification begins to subside. It is imperceptible at first. They’ll bounce back, they always do! But they stop bouncing back. The positive feedback loop breaks down. I buy stocks, they don’t go up, I buy more stocks, they sink lower…

Indicative of a subsiding gratification loop, says Josh, is the US stock market. Where the index hasn’t gone anywhere for a while: 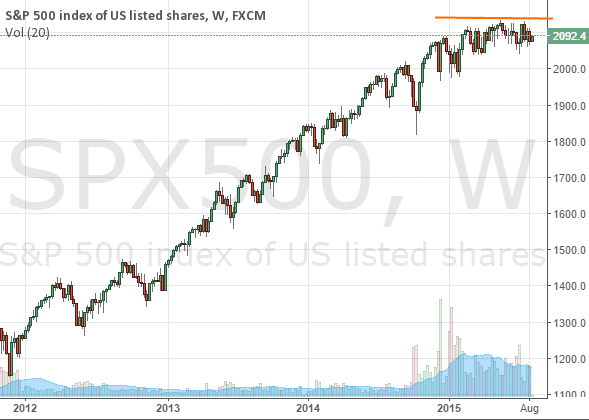 The volumes are there, but there’s simply no moving to a new high. Josh says this is the part where – in his analogy of a mouse that’s being conditioned to move left to get cheese, while moving right gives it an electric shock – the mouse is going left, but it’s getting no cheese.

If that’s the case, in India we’re definitely further down the no-gratification ladder.

The Nifty, Too, Isn’t Being A Gratifier

While the Nifty remains just 500 points from all time highs – around 7% off – it’s really that it’s not done that much this year: 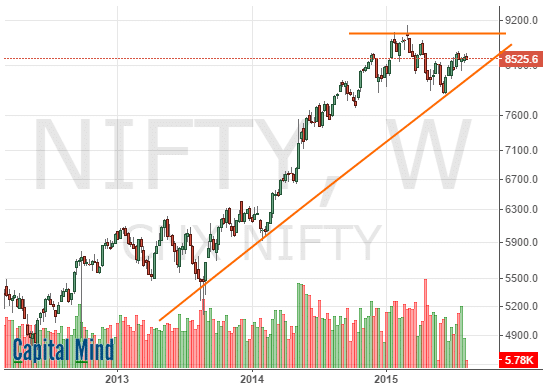 The gratification of a higher Nifty High has not been seen since January or so when the index actually high a new all time high. Even though it’s recovered from a recent low, you can see that it’s not really going anywhere.

India, though, has had it’s share of happiness coming from the Midcaps. The Midcap Index from the middle of June has been a near vertical ride: 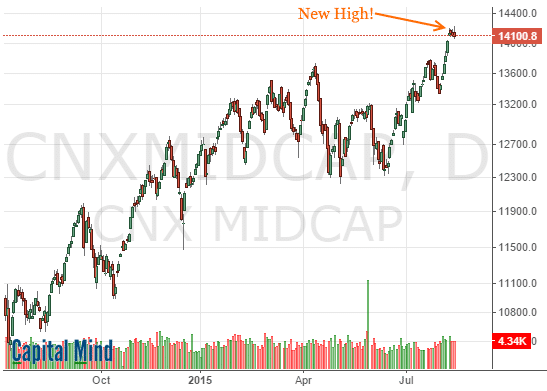 This has ebbed only in the last few days.

So We’re Gratified No?

Yes and no. There are a few points to note here:

As long as domestic retail keeps putting its moolah in the markets, we’ll see this bull run continue, at least in the midcaps. Large caps will move only if the institutions participate. Indian institutions are very tiny. I don’t expect foreign investors to pour money into our markets after it turns out this government is damp-squibbing itself, and if the domestic enthu stops, our markets find themselves looking down the steep end of another cliff.