Foreign Investors are taking money off the table, yet again. In the last 10 days they have removed Rs. 14,000 cr. worth of equities (including a provisional Rs. 2,300 cr. sold today). 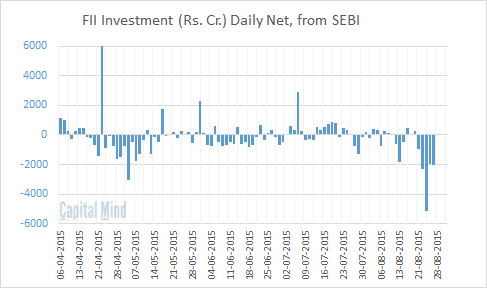 This does make August the worst month for equities since October 2008, when Lehman collapsed and left the whole world bloodied. This time it’s China, which is arguably bigger than Lehman but it hasn’t exactly collapsed yet. 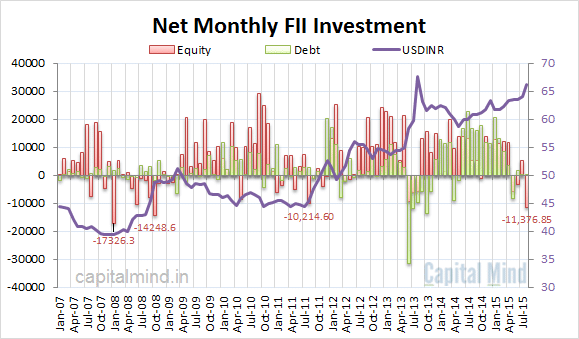 Jan 2008 was even worse, and that was after the Reliance Power IPO, and the market was battered in the last 10 days. We didn’t see this kind of exit even in August 2013, when FIIs ran out the door and took the USDINR to a record Rs. 68.

And strangely, with this level of selling we still haven’t seen a 10% drop on the index on a monthly basis (Jan and Oct 2008 were about 20% falls). 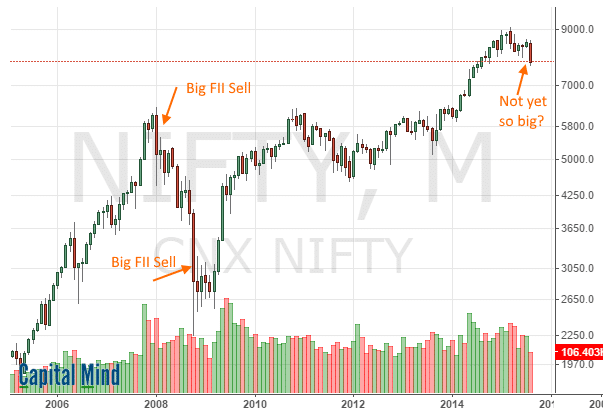 Even so, let’s not forget that this month, though very very bad for equities, is only creating a small blip in overall FII investments in the country. The cumulative number of rupees that FIIs have brought in since 2007 is a staggering 600,000 cr. and even in 2015, even after this drop, they have still brought in over Rs. 30,000 cr. 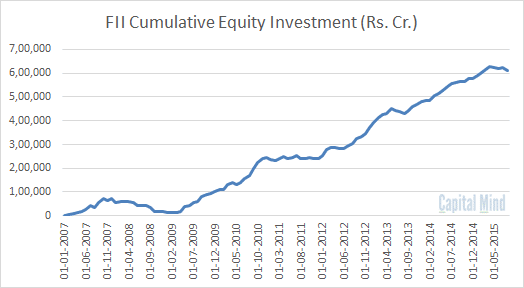 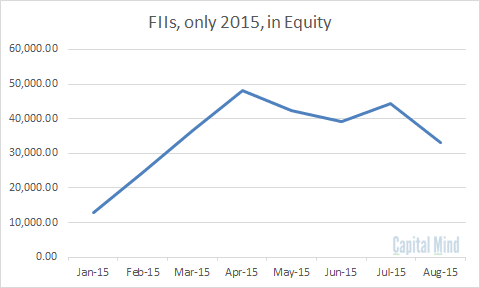 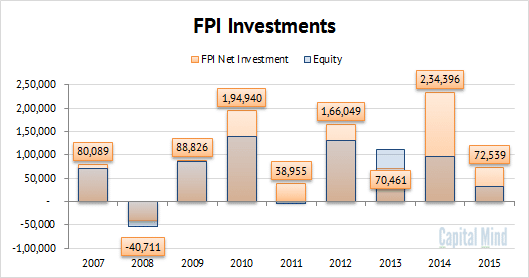 The Flip Side: if they are actually getting out of Indian equities, there is a lot of money they can take out. This recent move might just be the beginning.

But it’s interesting to see the level of carnage and the fact that despite such a big sell-off, that most commentators seem to still be bullish on the market. While I wouldn’t rule out a small bounce, the scale of the exit and the damage to the rupee (it’s at 66.16!) is staggering; we are very likely to see a big further drop.