The Index of Industrial Production (IIP) for May 2015 is lower at 2.7% compared to April.

Who am I kidding? This is just MISERABLE. This is the kind of number we should be kicking ourselves about. How can be we be in low single digits, or NEGATIVE, for the last THREE years?

Now for the visual thingies. 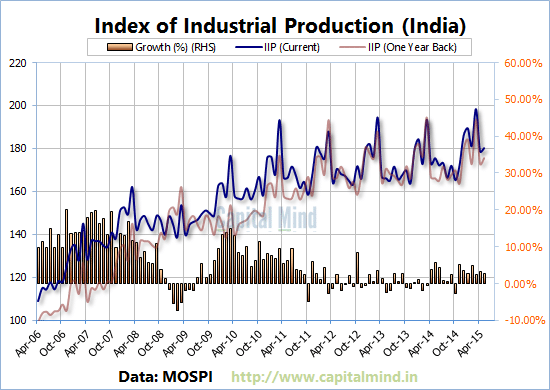 Even the comparatively awesome data in April (+4.05%) has been updated down to 3.36%, which is as good as abysmal. And then, you have the slowdown in manufacturing which forms the majority of IIP. 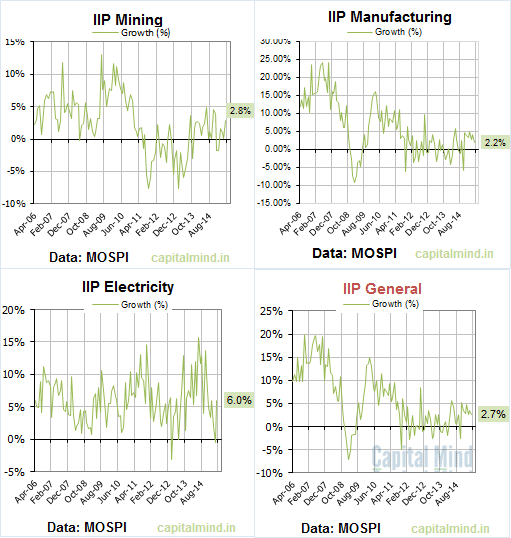 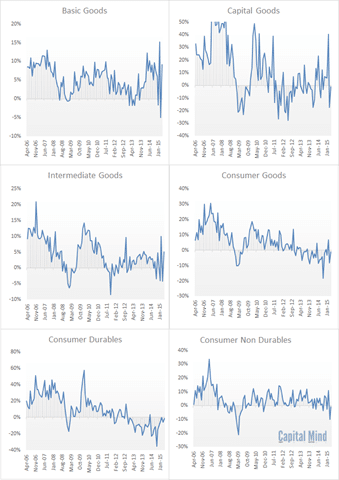 Nothing in there looks decent, except that consumer goods has gone to 0%. At least it’s not negative.