Recently we did a fantastic video with @b50 on “Biggest Losers”. To those who don’t know, Anupam, who’s @b50 on twitter, spearheaded a program called Big Loser on twitter which encourages people to lose weight.

In the markets of course, Anupam, who’s a CA and a darn good fin guy (though he will refuse to accept it) doesn’t want to lose – and like many of us, he has his share of mistakes in the past. We bring you the video called “Biggest Losers”. 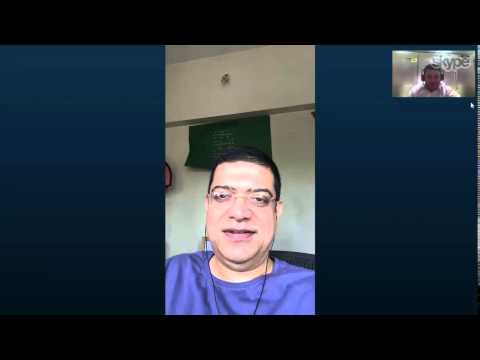 Now we’ve heard of more than a few stocks that have plunged to new depths. A good quote is:

Catching a falling knife is one of the mistakes everyone must have made at some time in their careers. And some of the stocks mentioned in the twitter conversation and replies were:

Unitech, the biggest of them all: 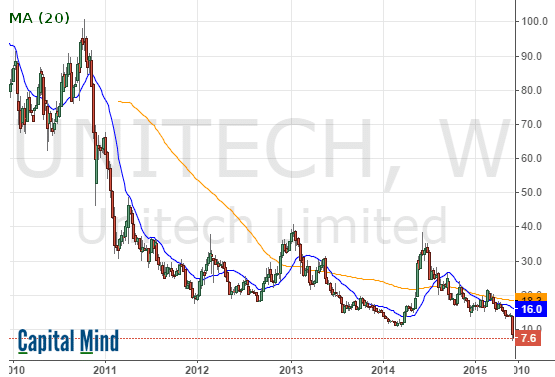 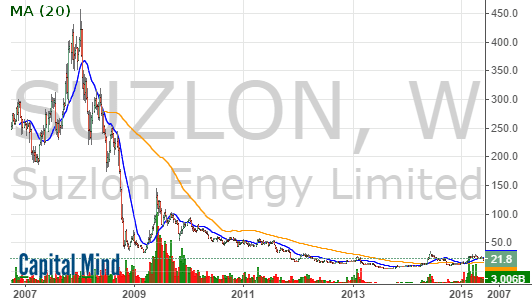 And so many more that have been mentioned on Twitter:

For a larger list, @Prashant_Krish tweeted an awesome list of stocks that have fallen the most since 2008. Seven years of negative returns!

On the day, Nifty made its high for 2008, Koutons traded at 1000. Today, it trades at 2.45. Other wealth destructors pic.twitter.com/HiFQwGT0ts

Disclosure: My own biggest loser was the great ICICI Pru Tech Fund, when I bought at 10 in Feb 2000 and got out at 2 in frustration. It’s only benefit? I decided to learn about the stock markets, and that hasn’t been a bad thing.

Tell us your biggest losers too! Tweet to @deepakshenoy and @b50 or use the hashtag #BiggestLosers. Or comment here.