RBI has, in it’s policy reduced the repo rate to 7.25% which is the lowest the rate has been in the last four years. Repo is the rate at which banks borrow from the RBI. 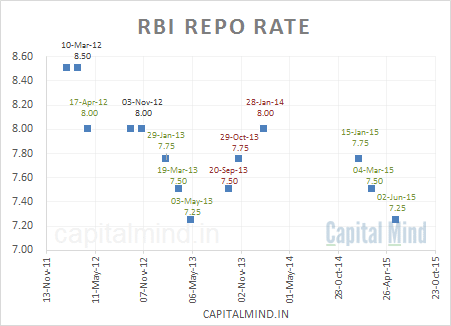 Looking longer term though, the rate could go substantially lower. Over the last 10 years it has gyrated between 4.75% and 9%. 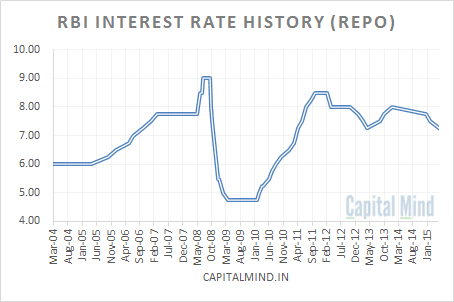 Banks have taken it on the chin in the market, with all the stocks in the Bank Nifty falling: 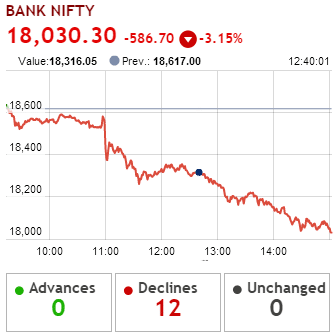 And that’s pretty much because markets have been high on expectations. The market wanted 50 bps, it appears.

On the back of poor corporate results and the RBI governor saying that rate cuts are “front loaded” meaning this might be the end of the rate cut season unless data on inflation and growth change substantially. Meaning, RBI has done its job; now it’s for the economy to react.