a) A trade deficit of $10.4 billion that’s about flat from the previous month 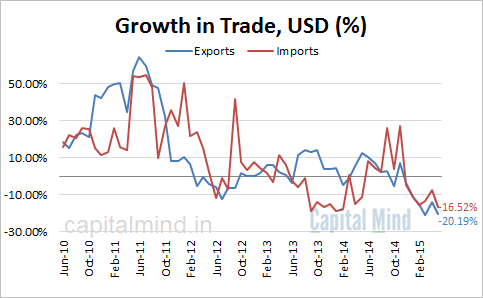 Crude oil imports were lower than last year due to the drop in crude. But we saw a fall in Non oil imports. Note that Gold imports went up, so obviously its the other stuff that dropped. 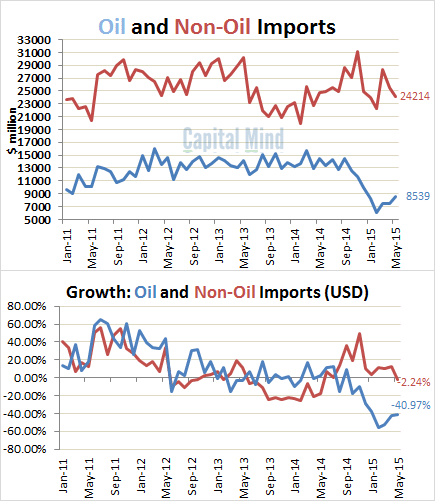 Oil imports have ticked up from the previous month, but as you can see, non-oil imports have fallen to where they have contracted from a year earlier.

While the “flat” deficit is probably good news, it’s not really good that we’re now trading substantially lower than a year ago. As much as 18% below last year’s levels (imports+exports). 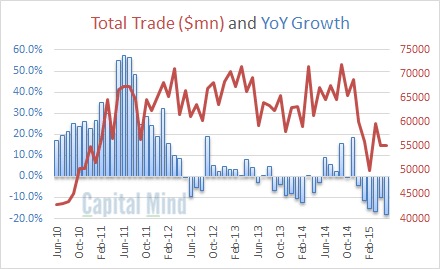 Terrible news. Lower non-oil imports (-2%) and much lower exports (-20%) is not a good thing for the economy at all.