We’re back with the MA20 which has recently given a “buy” signal on the Nifty. We exited that call at a small tiny profit, because even though the index moved up a lot (more than 300 points on the Nifty) the call only went from 62 to 90. We only got a portion of that move.

The MA20 is our proprietary indicator about market breadth. The MA20 is calculated by taking the number of Nifty stocks above their 20 Day Moving Averages, and we subtract from this number those that are below. Since the Nifty has 50 stocks, this calculation will oscillate between -50, when there are no stocks above their 20 DMAs, to +50 when there are no stocks below. We have found that trading opportunities exist when the indicator goes above +30, or below -30, and turns around.

It has just moved to +23, which is neither here nor there. 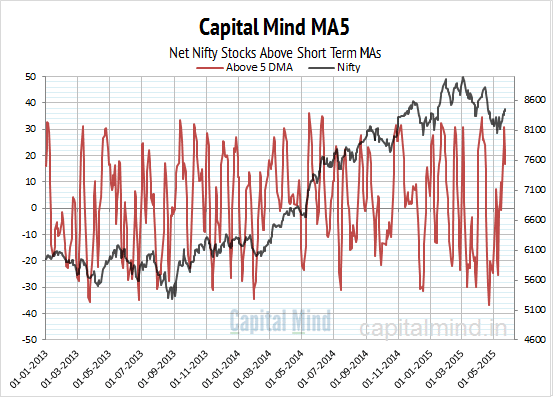 Note that the MA5 is not a very reliable indicator. We can’t go short using just that. Gotta wait for a confirmation on the MA20, which still hasn’t reached +30. 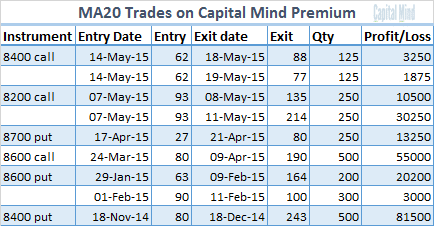 Quantities are indicative, and we have considered the fact that we used different position sizes for each entry.

Please be careful. We have had six continuous successful trades. This system is not meant to be perfect. It’s going to take a loss sometime, and that sometime might just be now. The index is gyrating madly and we can’t be sure this trend will sustain.

Our Last Tech Note on the Nifty

We had noted last week that: The technical cue on the Nifty is a partial reversal of the move down. This is the move: 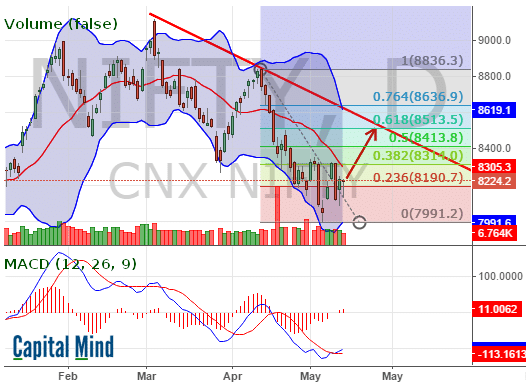 We are now close to the target of 8513 for this move. The Nifty’s at 8459, and at this point all we can see is resistance through the trendline and the retracement level.

Note: Results have been awful as we noted on the group. SBI had a 23% profit growth but the fact that it restructured more than 11,000 cr. worth loans is scary enough for anyone. ITC showed a mere 3.5% increase in profit which is so small you wonder if it was better if they stopped selling cigarettes and put money into a bank deposit instead.

That takes us to 35 companies that have released results till now (on the Nifty) and still, profits of the March quarter are lower by more than 15% than the same period last year. This is after ignoring the 19,000 cr. sudden loss by Sesa Sterlite/Vedanta. If you include that, profits are down 60%!

We can’t even use that data to go short on the Index. However, with resistances in play and the next week being expiry, it might make sense to write call options to eat up time value. The fundamentals look stretched, but the technicals are still waiting to say “go short”, just yet.

Sep 2021 Monthly Update for the Capitalmind Momentum Portfolio The Capitalmind Premium Momentum portfolio had a positive month with +1.7% but underperformed ... 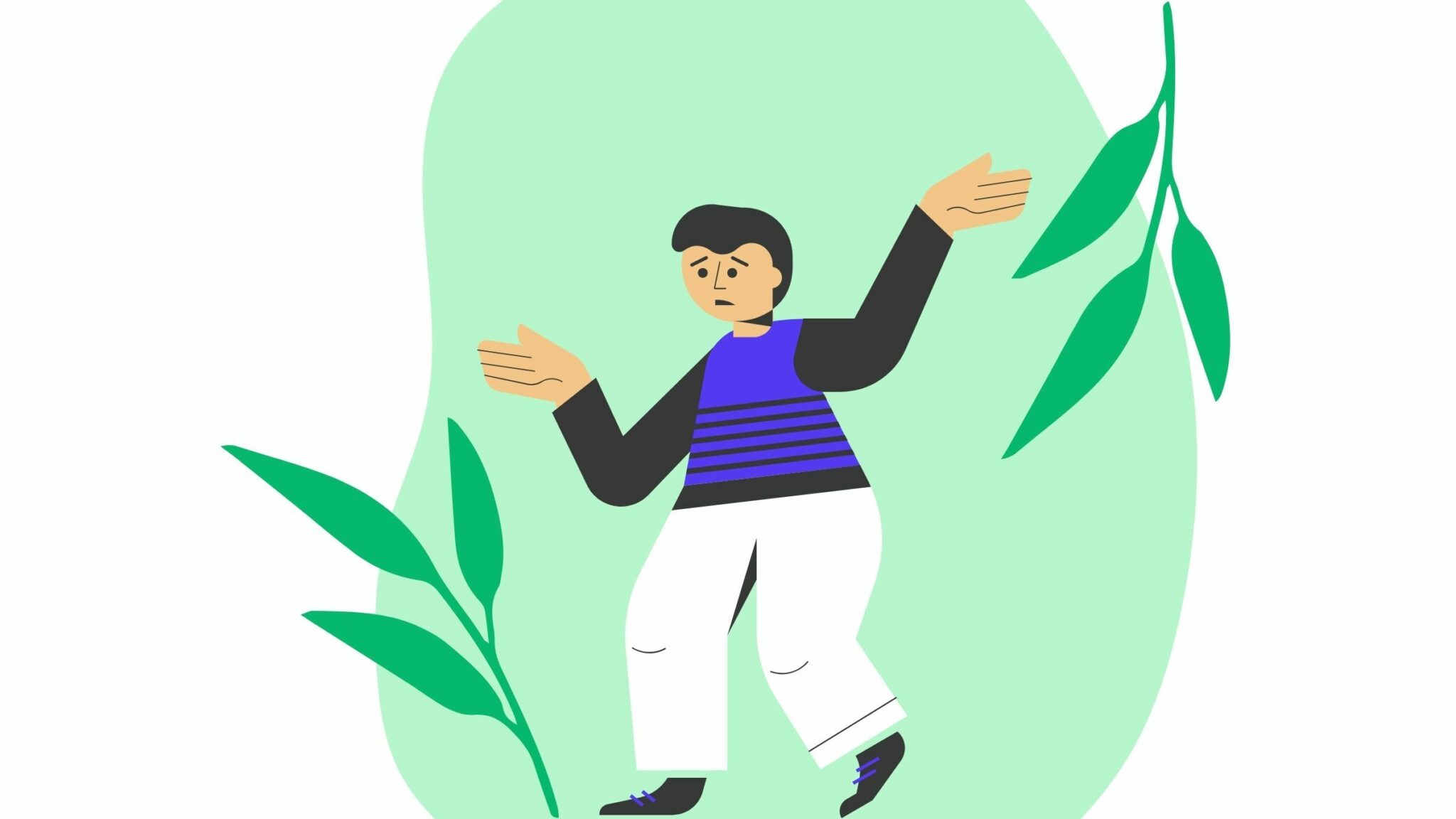 What to do with Bharti Airtel rights issue?

Telecom stocks have been in the news recently. Thanks to the Indian Government’s relief package, which ensured the survival of the Vodafone Idea. To add, ... 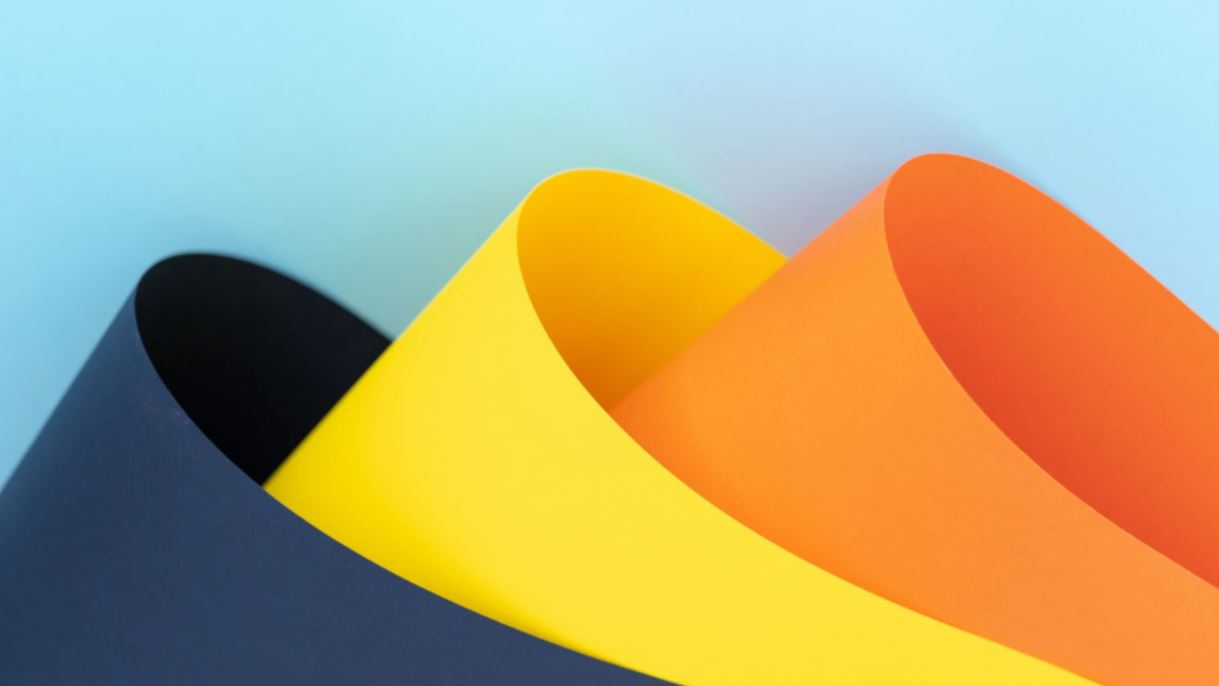 Chase surges in August after a dreary July