Even as the trade deficit falls to the lowest since September 2013, the scale of collapse of the total trade by India with the external world (merchandise only) is at a four year low. Growth in both exports and imports (year on year) is at -15% 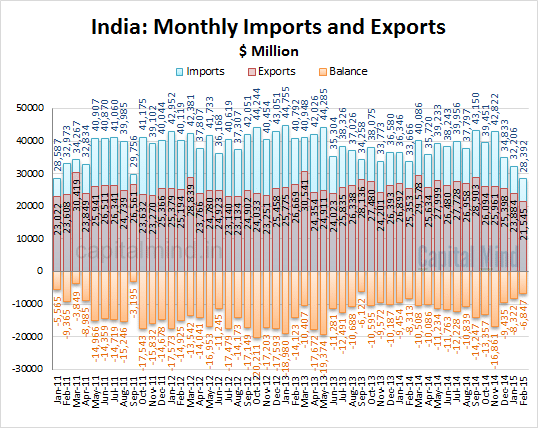 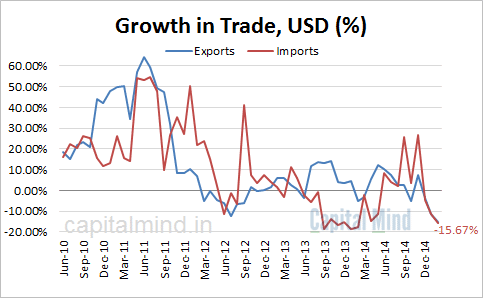 India’s imports have fallen in Feb 2015 to $28 billion, the lowest since September 2010. This is largely due to the drop in oil imports after the collapse in oil prices. On the other hand Exports too are at the lowest in four years, at $21.5 billion. Some exports are oil related – since we refine crude and export refined products.

February data is usually weaker than months around it as it has fewer days (by 10% ). 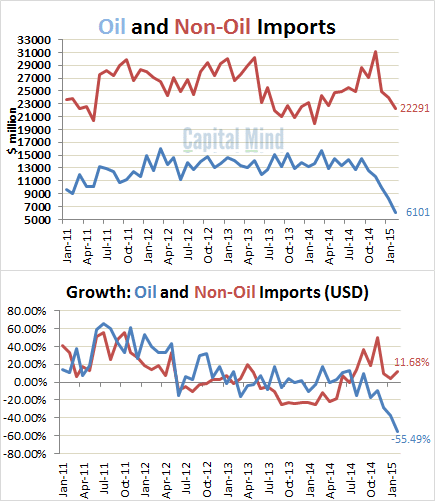 India’s total trade is seriously down, at levels last seen in October 2010. 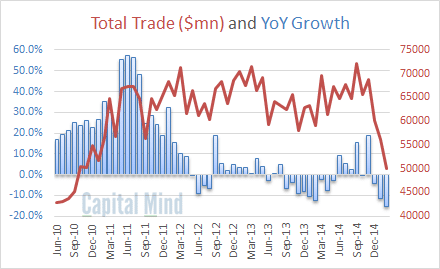 (Total trade is Imports plus Exports).

The drop of 15% is scary, year on year, but most of this drop is oil. Our average oil imports were $12 billion a month, while exports were $4 billion, so nearly $16 billion of trade has fallen to half now with the price cut in crude. That means even at $50 billion now from $60 billion earlier, the drop is $10 billion in total trade, out of which just oil imports+exports accounted for $8 billion.

Still, the theory is that if oil prices fall people will benefit and economies will grow. Apparently our trade still contracted even if you account for oil – and that is what we must watch out for.