The speculation is that these blocks were won through cartelization.

And this is how these stocks are, technically – weak, and likely to hit near term lows. Here’s Jindal Steel for you: 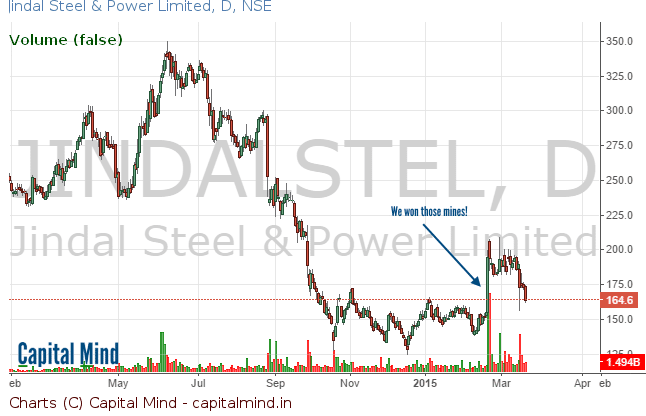 Jindal Steel has the most to lose. Its promoter is a Congress party member, which is probably why it faces these hurdles with the current NDA government. Come Monday, this stock will hurt. The promoter, Naveen Jindal had tweeted that JSPL had won the blocks and they “#WontGiveItBack”. Apparently the government #TookItBackAnyway.

In the near term, the 125 low is the immediate support – but news flow sucks for this stock. (Plus prices of steel are falling worldwide)

Balco isn’t listed but is 51% owned by Sterlite, which has also seen some serious damage after rising up smartly post elections last year: 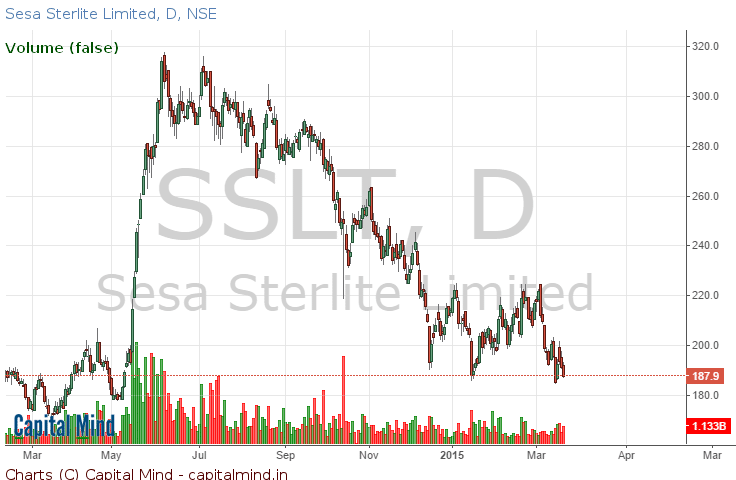 Again, this is within striking distance of a year’s low.

Monday’s going to show some red in these stocks, we think. However, the bigger problem is: If the government can reject bids like this, how does this affect other bidders? The message seems to be: Bid high, or else. But there’s a bigger and more subtle message here: You’re not going to underpay for such things anymore, even if you win in a transparent auction. The next few weeks are going to be volatile.