India’s Index of Industrial Production (IIP) for December 2014 came in at +1.7%, which continues the abysmal numbers in the recent past.

At 182, the IIP is at the same level as it was in December 2011, which means that as a country our industrial production numbers just have not moved. 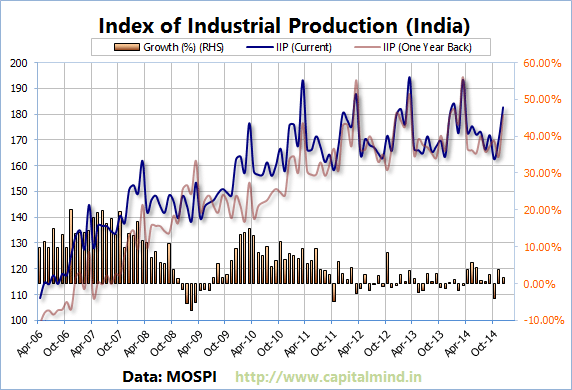 If you look at the last two months, you could ask: What is Deepak smoking? Wasn’t last month fantastic at +3.91%? (+3.8% was revised upwards)

Well, no. Because last month and the month earlier were all screwed up because of Diwali. I explained this in my post last month. In short, the fact is that Diwali was in October in 2014, but in November is 2013. It’s also the month factories have to give a lot of holidays. So having it in different months in two years will show screwed up figures on year on year growth.

Now, as you can see, the data evens out and December was back to good old bad numbers.

Manufacturing continues to suck in terms of growth. Mining too, has moderated in growth and so has electricity production. 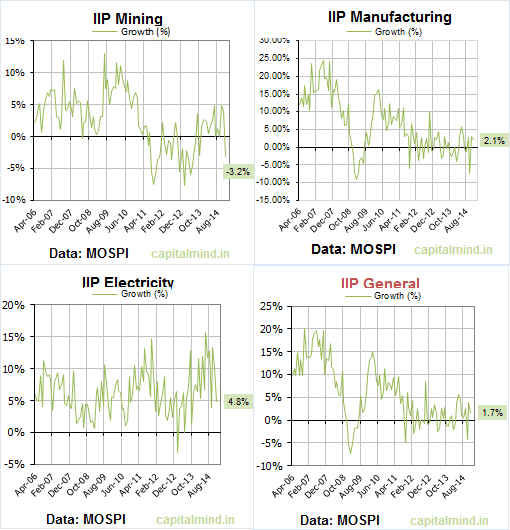 There’s a decent recovery in Consumer Goods and within that, it’s the Consumer Durables that have staged a comeback. But that’s just the base effect. It’s been so bad that at some point year on year growth would at the very least stagnate. 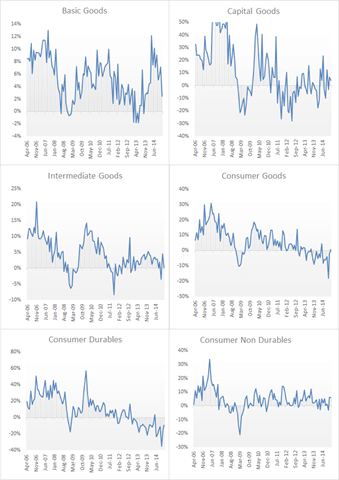 Our View: This is weak. Very weak. The economic slowdown is real. We expect this will only make markets go up on the expectation that RBI will cut rates further. Markets hardly seem to go down too much nowadays, no matter how solid the reason. If data is bad, RBI will rescue us. If data is good, look, data is good.