India’s export and import data show the lowest trade deficit for December (2014) since February, what with crude going down nearly 50%. 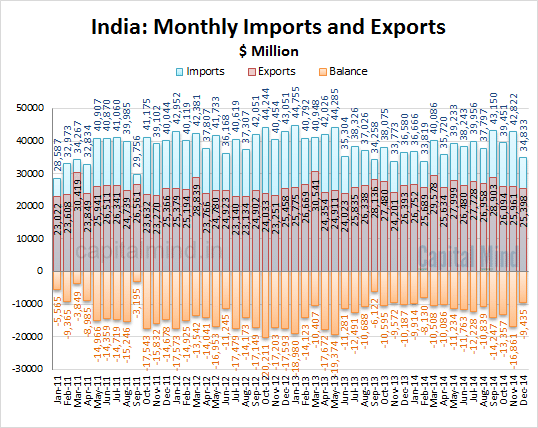 The deficit is low because:

a) Oil imports in dollar terms are down nearly 30%

b) Even non-oil import growth has fallen to under 10% 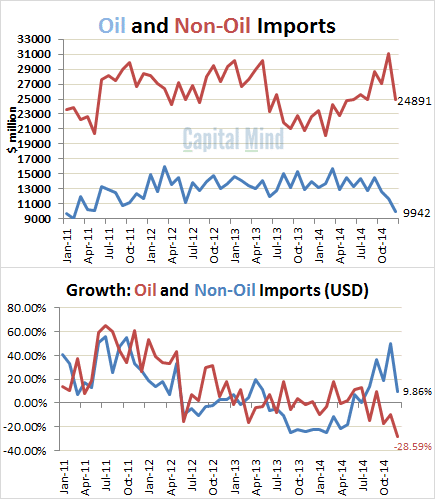 This is the lowest oil import number since Feb 2011.

In general the slowing word economy is showing. Total trade numbers (imports plus exports) are down 10% from the previous year: 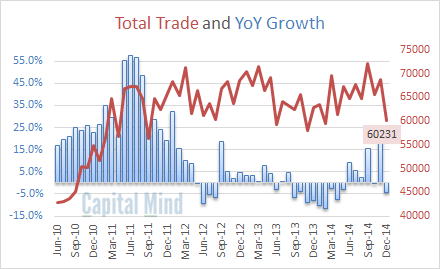 The slowdown of oil imports is a good thing – and about $2bn a month now, probably responsible for the swing of the USDINR from 63+ to less than 62 in this month.

But the slowing trade shows weakness in both world and Indian economies. This is not “seasonal” since I’m comparing December to December of the previous year. Markets however are close to all time highs, and we can only presume they are expecting this to be a bottom. However, such expectations are too often overconfidence; the magic of a majority government is alluring, but the data isn’t looking good at all.