The Index of Industrial Production (IIP) went up 3.8% but the rise was mostly due to the Diwali effect. Diwali causes IIP to drop, as we have noticed in the past. (See our past post which talks about the Diwali effect). The following graph shows the fact that production falls in Diwali months: 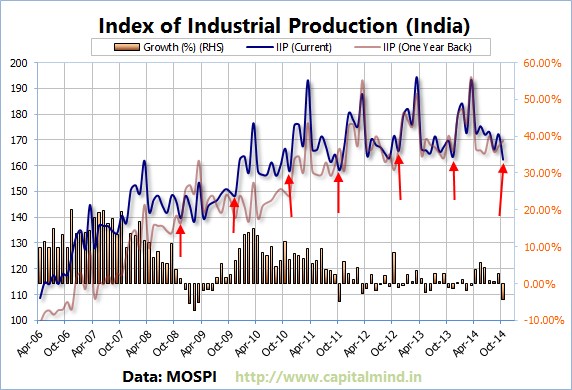 Now look at the current data, which came in for November: 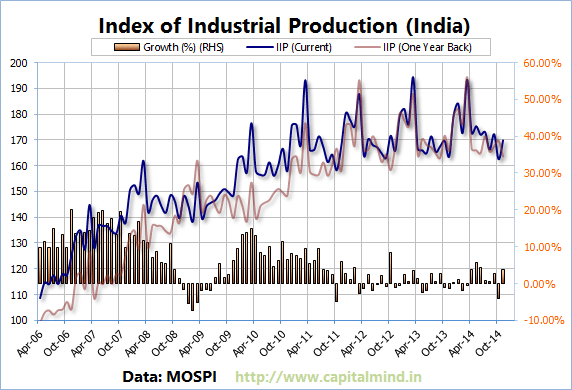 Look closely – November 2013 was a “dip” because in 2013, Diwali was in November. In 2014, Diwali was in October, so the dip happened a month early. Meaning, the year on year growth will look bad in October and good in November, purely because of the Diwali effect! 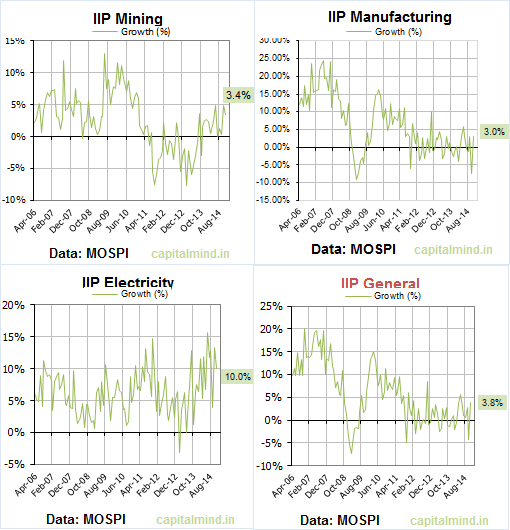 Manufacturing has bounced back but that might be the Diwali effect.

Electricity did well at 10% growth. This has been impressive. 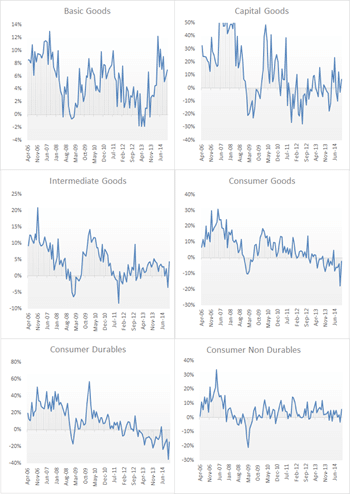 The Use based indexes show more secular growth – part of this is the Diwali effect, and a part is the actual underlying recovery.

Overall, this is “okay” data for IIP. With the Diwali effect, we would have expected a positive set of numbers, which we said earlier.

If you remove the “Diwali” impact – a fiendishly difficult task – the IIP numbers are up only marginally, around 1%. This means growth is slow, and therefore it makes more sense, combined with the low inflation number, to reduce interest rates. RBI will look at this closely.