The first shale oil related bankruptcy came through on Sunday:

Austin-based WBH Energy Partners told a Texas federal bankruptcy court this week that its partner in North Texas oil and gas leases had warned it may foreclose on the private firm’s stake in the leases this month after it failed to pay its $12 million share of operational expenses.

The financial troubles began in September, when Minnesota debt investor Castlelake declined to provide WBH Energy more funds under a credit facility, Joseph Warnock, vice president and co-founder of WBH Energy, said in court papers. The firm and its affiliates were unable to pay their share of expenses under a joint operating agreement or various vendors, according to Warnock.

US shale oil companies have issued high yield bonds which have collapsed in the wake of the falling crude prices. When crude is this low in price, their revenues fall, but debt remains the same, so they can’t service it.

The company has 2600 acres and 37 wells, but they might only be worth $10 million in all. But it might have been inefficient since their financial troubles started in September when oil hadn’t yet crashed that much. (Still above $100) 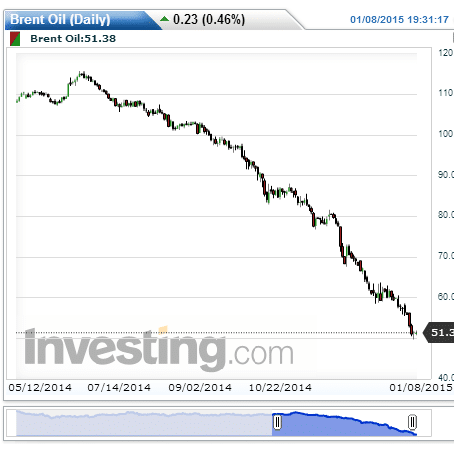 However the crash might be the first, and there’s $200 bn of debt by shale oil companies.

That’s just huge. $200 billion is two times India’s fiscal deficit. The total FII investment in India in 2014, which was the biggest ever in history in a single year, debt+equity included, was just $40 billion. (Rs. 250,000 cr.) And just shale-oil energy debt in the US is 5x that much. Tells you about size!