SpiceJet has been in the news lately. Crude prices have fallen but the carrier seems to be still quite deep in the bad stuff. The airline’s stock has fallen hugely lately, and while there seemed to be a recovery of sorts, the stock again tanked 13% on Friday. 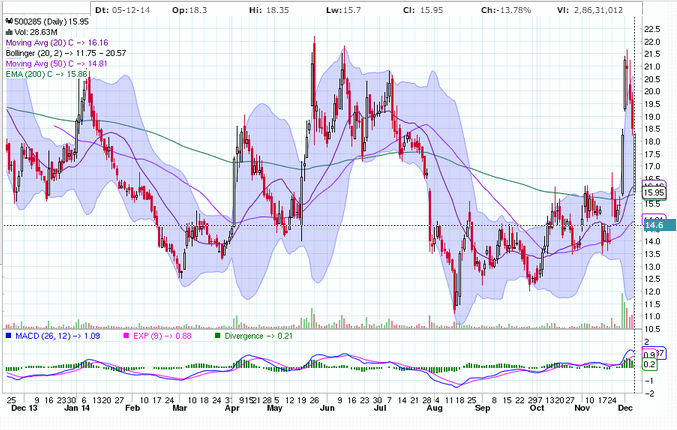 There’s stories abound, of the airline’s problems. The DGCA (the airline regulator) has cancelled 186 slots of the airline, disallowed it from taking bookings from flights beyond a month, and asked it to pay salary dues of employees within 10 days. Spicejet also had to refute that it was put on “cash and carry” basis by AAI, which would have meant no credit period for it’s fuel needs and that the airline would need to pony up cash for fuel upfront.

They’ve also asked the airline to prepare a plan of how it will pay vendors Rs. 1600 cr.

The auditors have mentioned that there are serious problems:

…the company has incurred a net loss of Rs. 31044.6 lakhs during the quarter ended September 30, 2014, and as of that date, the Company’s total liabilities exceed its total assets by Rs. 145,973.0 lakhs. These conditions, along with other matters as set forth in Note 7, indicated the existence of a material uncertainty that may cast significant doubt  about the Company’s ability to continue as a going concern.

As we speak, the stock is down 8% today.

However, please note that it’s not apparent if there is a big problem. DGCA’s own reports show that the airline didn’t do THAT badly in October, and we don’t yet have November data. 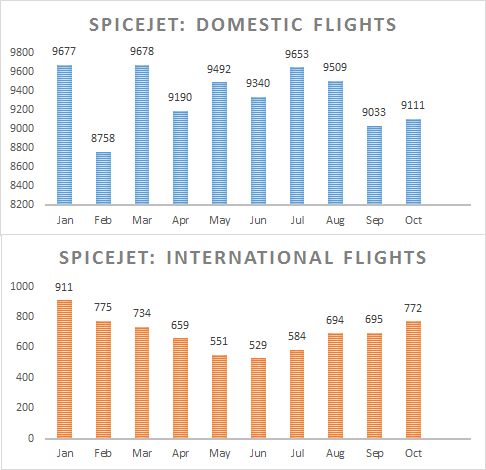 Cancellation rates, too, for October (source: DGCA) are not that bad. In fact they have had lower percentage of cancellations than all but one airline: 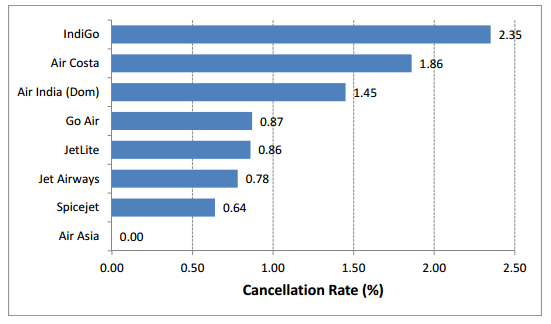 While the stock price action is scary, the data is yet to come about how bad the situation really is. This kind of news is likely to scare away passengers from the airline which will hurt it even more! However, in a time of lower crude prices, and possibly big competition coming up (Vistara, Air Asia) a price war is very likely and it’s going to be difficult for Spicejet to last out this one.

As we speak, the stock is down another 6%. There’s more going on that we are being let in on, obviously. Prices tell more than news does!

Update: A Bloomberg Columnist asked me why I thought Spicejet would have a tough time and who would benefit from this. My answer:

Difficult for Spicejet because:

Beneficiaries are the other players, but not by much. Snce there are two new carriers already competition will be stiff and their market share loss will be other players’ gain. But this is not easy because Spicejet is very entrenched and like KFA will take a long time to go to a state where they will no longer operating.

However if they are acquired, things could get interesting, but then it will no longer be Spicejet.

Disclosure: No positions, and have had no positions in the recent past. Do not get any compensation from the company in any form, and we definitely don’t do any merchant banking or anything else from this company.