It’s the Kingfisher thing, all over again.

It hasn’t paid up its past fuel dues.

It gets booked by the DGCA for all this and more, and is told to stop booking flights more than a month in advance.

That leaves it even more short of cash, so it starts cancelling flights and returning aircraft to the lease lenders.

It then goes to the government asking for a bailout.

That’s how the Spicejet story is evolving as we speak. I was in three airports and four flights yesterday. And in Delhi and Bangalore the Spicejet monitor was a sea of red – either “Cancelled” or “Delayed”. Passengers who had bookings were livid, and in one airport gun-toting cops were required to calm everyone down.

In the midst of all this, the government gets into a quasi rescue act, asking the regulator to ease the 30 day booking window all the way till March 2015. This would be fair, but the damage is already done; no one will want to book longer term anyhow.

And, then the Civil Aviation Ministry has said that banks should give working capital loans upto Rs. 600 cr. based on a promoter guarantee. Take this with a pinch of salt. After the KFA case, no bank will be willing to lend money, especially because if they did, the media would make a huge deal of it later if (when?) the carrier goes bust saying this was a gross misdirection of bank customer deposits.

So unless the loan is underwritten with pukka collateral, Spicejet is unlikely to get money.

The government will not backstop a private carrier. This would be suicide for the government, even with a majority – it will lose all credibility.

At best the government can allow it to raise foreign loans, but it did that with Kingfisher, which couldn’t raise the money at all. Who wants to lend to a dying airline?

And, while the news sources seem to shout it out, there is no notification or circular by the Civil Aviation ministry at all. If they say it but won’t write it down, it’s not as credible.

As we write, oil companies have halted supply to Spicejet, which means the airline is grounded. It seems they have been processing refunds for cancellations till yesterday, at least. So in that sense they are in better shaper than one would imagine. But things can go south very fast.

They already have in the stock market. 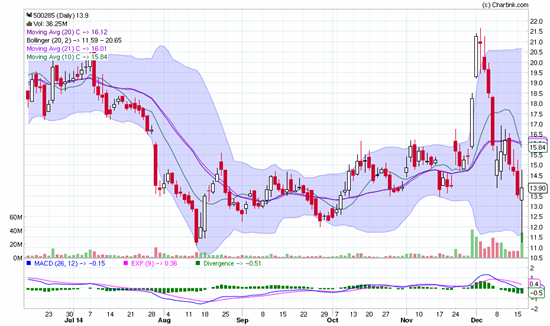 With the stock down another 4% today, it still looks down and defeated inspite of a massive fall in crude prices. Luckily this time, it seems the credit facilities of Spicejet aren’t as bad, so banks may not be so badly impacted.

At this point, to get customers they will have to

We think the chances of this are bleak. Yes, stranger things have happened. But unbridled optimism is asinine; if we see this airline “rescued” by a government, then the next fall of the next airline will be even bigger and promote even more bad behaviour.

There is no way we’re even touching the stock with a barge pole, so as a disclosure, no positions of any sort.