RBI has changed no rates. CRR remains at 4%, SLR is stagnant and repo/reverse rates are at 8%/7%.

The important paragraph is this:

18. Still weak demand and the rapid pace of recent disinflation are factors
supporting monetary accommodation. However, the weak transmission by banks of
the recent fall in money market rates into lending rates suggests monetary policy
shifts will primarily have signaling effects for a while. Nevertheless, these signaling
effects are likely to be large because the Reserve Bank has repeatedly indicated
that once the monetary policy stance shifts, subsequent policy actions will be
consistent with the changed stance. There is still some uncertainty about the
evolution of base effects in inflation, the strength of the on-going disinflationary
impulses, the pace of change of the public’s inflationary expectations, as well as the
success of the government’s efforts to hit deficit targets. A change in the monetary
policy stance at the current juncture is premature. However, if the current inflation
momentum and changes in inflationary expectations continue, and fiscal
developments are encouraging, a change in the monetary policy stance is likely
early next year, including outside the policy review cycle.

So yes, rates are not cut yet, but very soon, they will be.

Most likely as low as 6% by March, says the RBI:

They do mention risks like lower agri production, fiscal deficit issues (from lower govt tax revenues and failure to disinvest).

GDP Growth though, is expected to be around 5.5%. 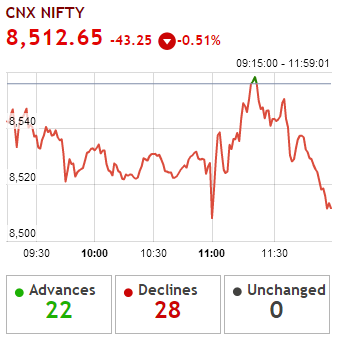 Bond yields though have fallen to 8.02% on the 10 year. This is consistent with market moves to lower rates in general.

Overall, this policy was expected, and we had flagged in Capital Mind Premium that rate cut chances were weaker because of month-on-month core inflation increases which is basically a higher move on inflation net of the base effect.