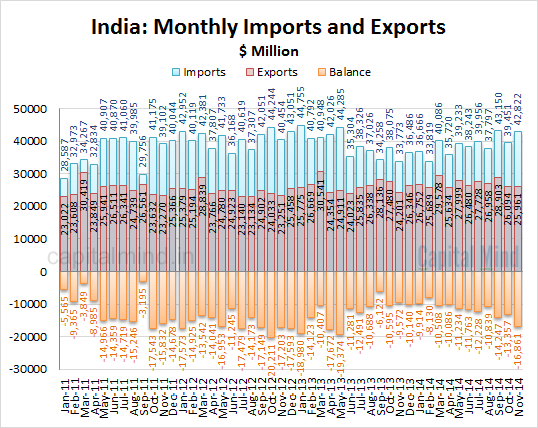 What happened here? Exports grew 7% from last year but imports grew at a much faster pace at nearly 27%! And while oil imports fell (due to the collapse in crude oil prices) we saw non-oil exports hit the roof! 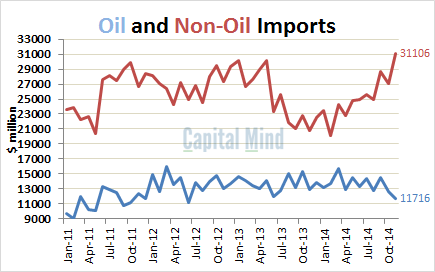 (This is the highest non-oil import number, ever)

Mostly, the non-oil number is Gold – at $5.6 bn. This might be because some import restrictions were removed (but they were at the fag end of November, and honestly, they were useless restrictions.) The main restriction is the 10% import duty which does not seem to have deterred imports at all

The jump in imports is a significant one. That might explain why India has seen a sudden jump in the exchange rate, to Rs. 63.6. As foreign inflows turn volatile, the offset has to be lower imports, and apparently there is no such thing.