Volatility‘s been low. And low on the downside, to a fairly large extent. Prashanth mentioned on twitter that yesterday was the first 1% down day since October! Look, really at how little we’ve seen of the 1% down days in 2014: 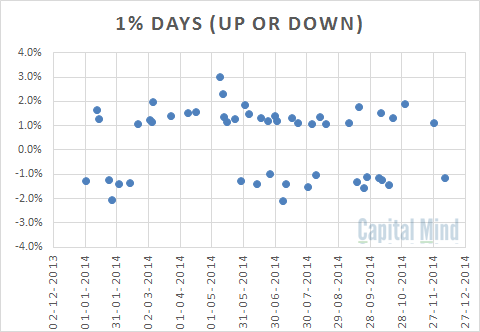 That’s just seven days of 1% or more below the previous day’s close!

If you consider 2% moves – which should be common as well, this picture gets, er, not so good. 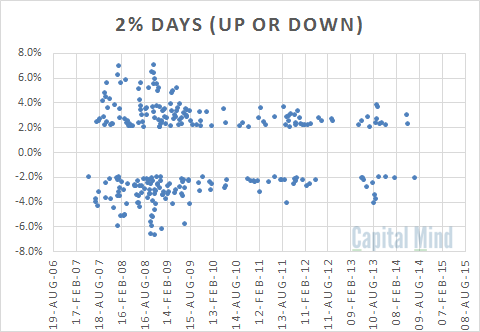 This is quite remarkable for an index that has moved substantially; more than 15% up since May, and 10% since July. The roller coaster also climbs slowly before a big descent.

The lack of volatility has been for way too long, but such episodes might last a year or more. Are we reaching a point where it’s just about time for the jigginess to reveal itself? Markets aren’t meant to be non-volatile, you know. So all this lack of movement feels like a caged tiger.