Greece is back in the news again. Antonio Samaras, the Greek Prime Minister, has called for what is effectively a “vote of confidence” for his party. Greece’s president – which, like in India, is a ceremonial post – was due to leave in February. He’s leaving early – that is, now.

A vote for his replacement will require 200 out of 300 votes in favour of the new presidential candidate. Three rounds of voting will happen, and if the requisite 200 aren’t found, 180 is the cut off. The problem? Samaras’ coalition has only 155.

If they can’t cobble together 180 votes to get their ceremonial president in place, this is effectively a loss of a vote of confidence, and elections will be called for.

And why is that a problem? Because Syriza, the opposition party, could come to power. This poll suggests Syriza will get the majority of the vote.

So what? Well, it turns out Syriza has been against the Greek bailout, which involves great austerity for the Greek government (which was 50% of the economy) and thus a massive recession. In exchange, Greece gets money to pay its dues to other european banks that hold its debt, and thus, not default or leave the Eurozone. Syriza is against current bailout terms, and while it will not default or leave the bailout agreement, it will renegotiate terms with Europe and get less austere, if it were to come to power.

In effect, Syriza wants Europe to “forgive” Greek debt – that is, forget about getting paid back a big chunk of the 318 billion euros Europeans are owed. That is nearly 2x the size of the Greek GDP, in total, which is why there is a crisis in Greece.

And why is this a problem now? Because recently Eurozone countries refused to lend the critical third tranche of the bailout Greece had negotiated, stating that Greece hadn’t really met its austerity commitments. Samaras asked for an extension of two months on Monday (8 Dec). This vote effectively determines who runs the last mile negotiations. And if Syriza runs it, they will want to increase minimum wages by 50%, and create more public sector jobs.

Markets don’t like it. The Athens General Index fell 11%. The Greek Ten Year bond yield is up more than 65 basis points, to 7.93%. 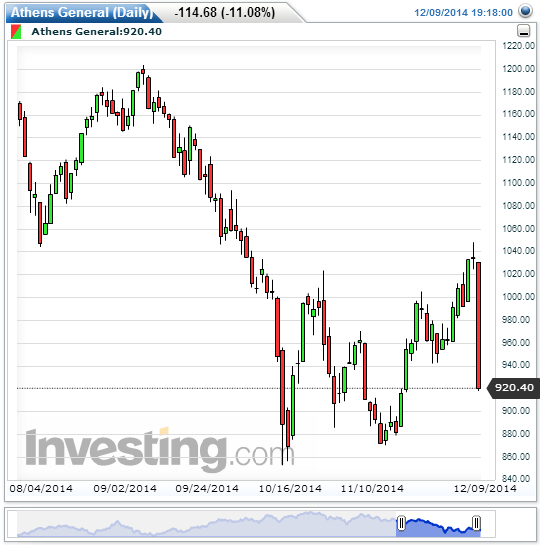 And while this happens…

The Shanghai Index fell 5.3% after the government set limits on the type of bonds that could be used in repo loans. Macro data, too showed a slowdown after exports slowed and imports shrunk (on crude). 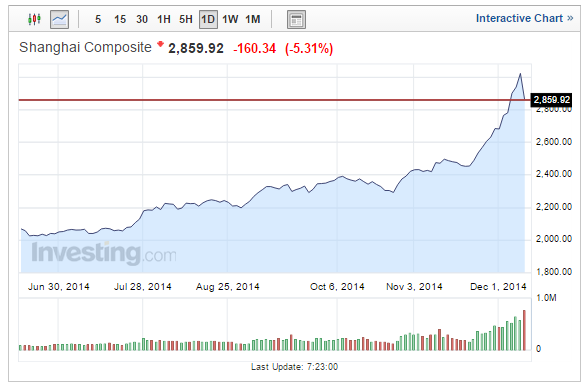 A China slowdown is big news. If one of the world’s largest economies is not doing well, and it’s seeing lower export demand, there could be a huge lack of global demand which isn’t good news.

While many tout this as a reason for India’s market fall, let’s get effing real and understand this:

THIS IS NOT A BIG FALL FOR INDIA! 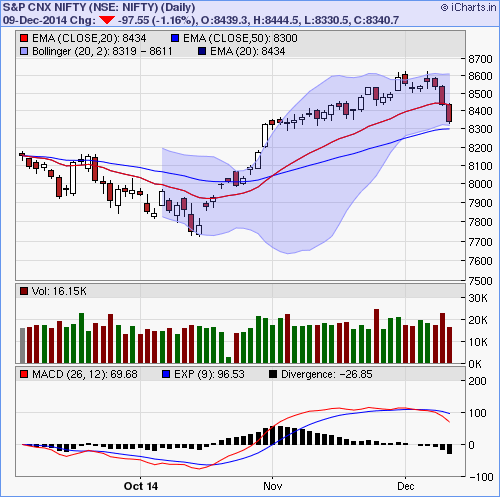 While these are all valid explanations, the real reason lurks somewhere in the darkness. Let’s see what it really is, and whether this “fall” actually turns into something more than a mosquito bite.