The "flat" month of September keeps 2014 returns at 26%, but we are heading into what is the worst month of the year, on average. October has an average return of -1% on the Nifty, but the Standard Deviation is WIDE (9.3%).

Last year, though, we saw a massive turn in October as the index went up nearly 10%. Will we see a different October in 2014? 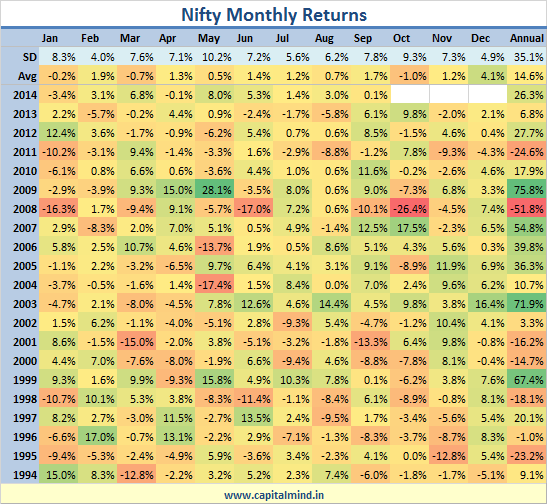 The Sensex, too, for continuity. 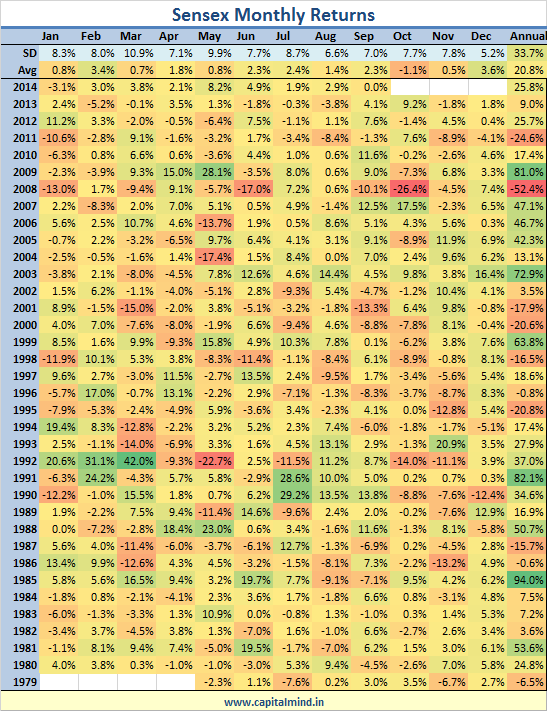 The YTD Return, till September, is the highest since 2009. But we’re expecting a rough October. Our 2014 return could end up considerably lower, if the macro data is to be believed.