You know how much inflation eats into your returns? This much: Adjusted for inflation, the Nifty is 10% lower than the highs we saw in 2008. Although the Nifty has moved 30% higher than the 2008 levels in “absolute” (i.e. not inflation adjusted terms). We take the Nifty (including the impact of reinvesting dividends) and show you how inflation has made all the difference: 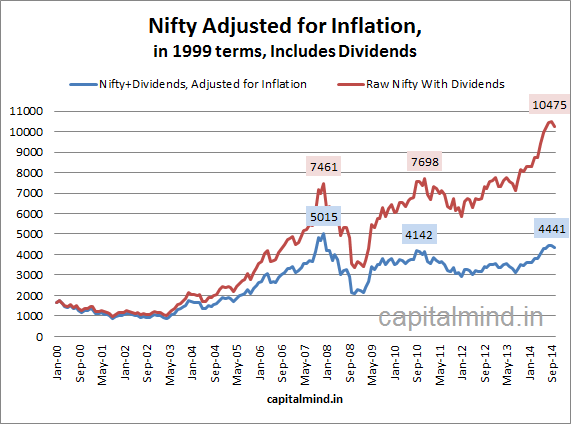 Turns out that despite the recent drop in Gold price, the best return in inflation adjusted terms is in the shiny metal since 2007. However, if you had bought after September 2012, it would’ve given you lousy returns.

We map the growth of Rs. 10,000 invested in Gold, Public Provident Fund (PPF) or the Nifty (assume reinvestment of divideds) PPF is the second best, which still lost money in absolute terms. The Nifty’s done badly in comparison: 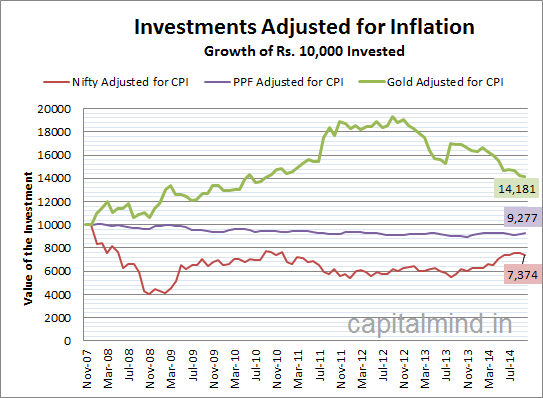 Inflation is one tough beast. If it gets out of control, it distorts your return analysis like in the graphs above. Let’s hope it comes back in our control.