Ooh, this is rough. Bitcoin, in terms of USD, has fallen close to a 1 year low. 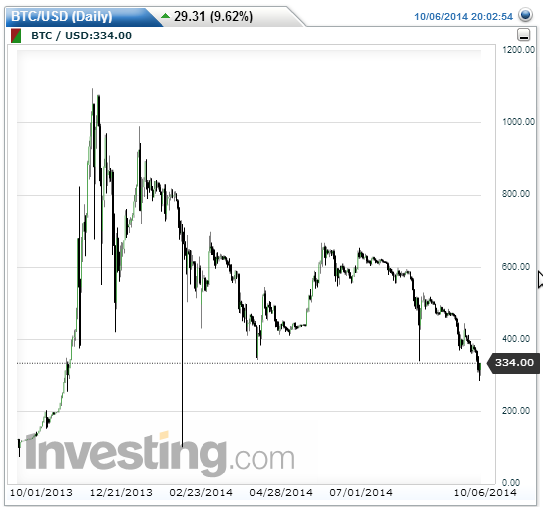 One "reason" for this fall seems to be that companies accepting Bitcoin are immediately converting to dollars, which means selling bitcoin on markets. The markets aren’t yet deep enough, so transactions on the sell side might not have enough corresponding buyers, so the price falls suddenly.

However at current levels Bitcoin is still double what it was last year, so the fall has to be taken in context. Still, breaking down below a key support level (two lows have been around the 340 levels in the past) isn’t going to be easy to ignore.

At some point, being a fixed supply currency, Bitcoins should only appreciate in USD terms (which has a comparatively higher supply). But theory is theory; what’s happening in the market is apparently the opposite.