India’s external debt has increased as a percentage of GDP to about 23%, with Indians borrowing over $440 bn from abroad. 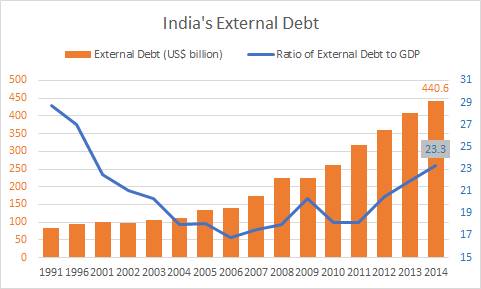 But note that some of this debt is rupee denominated debt, such as when an FII buys Indian government bonds.

Debt from a residual maturity standpoints gives us an interesting picture. 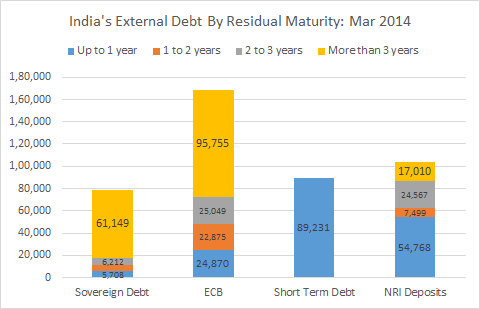 This is not a source of worry- we have much of this debt repayable in rupees, and though it is repatriable it is likely to stay within the country, and be reinvested. As we open up the economy the fear of external debt or short-term versus long-term will have to be tempered. While it is true that in cases of extremes India can suffer when money goes out, it is only the freedom to go out that brings more money in.

While external debt has gone up, its not necessarily bad. After all if someone abroad wants to give us loans at lower prices, Indians should be free to take them. Are we overleveraged, at 23% of GDP? We don’t think so.