FII investments have reached the second highest ever, in a calendar year, at 171,000 cr. in 2014. And there are still four months left to go. 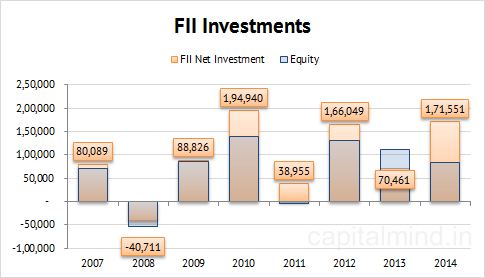 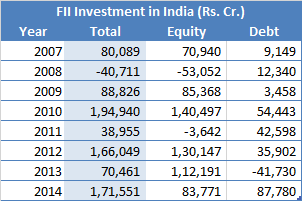 We can attribute this to higher allowances in debt markets, even though restrictions have been increased. FIIs (or now, FPIs) can no longer buy short term bonds or T-Bills, and everything they buy to have a residual maturity of 3 years.

In September, already, FIIs have bought about $12 bn, with nearly$7bn in debt. 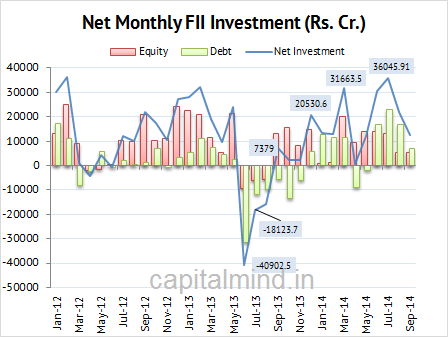 With nearly no month seeing negative FII flows since August 2013, we have a good situation on our hands. With the ECB taking on very low rates, low GDP Growth in Japan and the US bickering about when to raise rates, it’s quite likely that money flow continues to be on the rise in India.

The only risk is a large worldwide crisis which removes confidence in emerging markets. But with this kind of buying, it’s no surprise our market indexes have hit new near term highs.