Export and Import growth slowed in August 2014, with the trade deficit nearly flat at $11 billion. 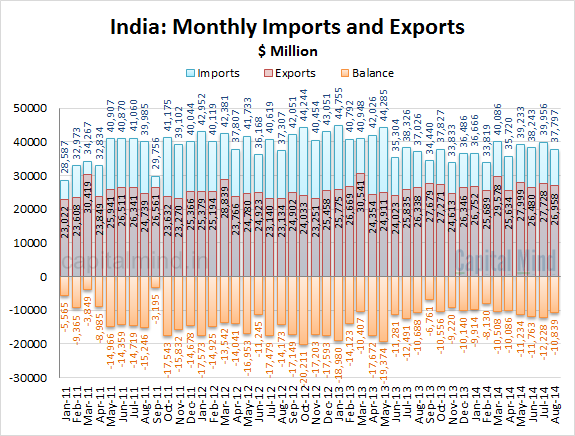 The problem isn’t evident here. We aren’t growing total trade that much: 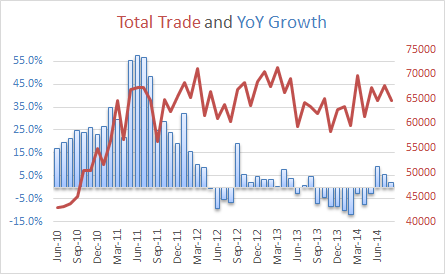 and then, the year on year growth in both Exports and Imports have gone to below 3%. 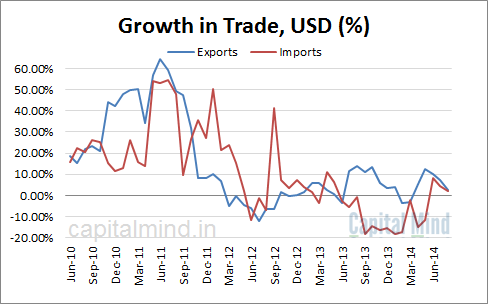 Given that the rupee was nearly at Rs. 68 last year in August, and we are at 60/61 today, we have seen the rupee appreciate. This will of course impact imports but remember that not every export contract will change immediately after the rupee falls drastically. It could take a few months before exports increase. 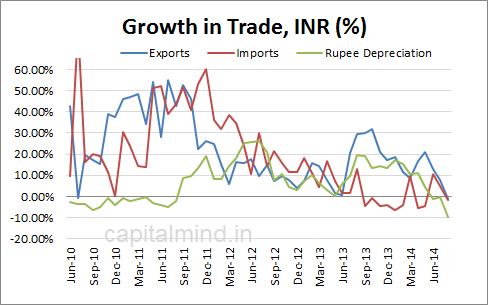 While this is not good news, it’s strange that the impact of elections which should have set the economy up, is not really increasing. A slowing set of exports AND imports signifies a deeper problem. However these are early signs and if the situation has to get worse, that is at least two months away.