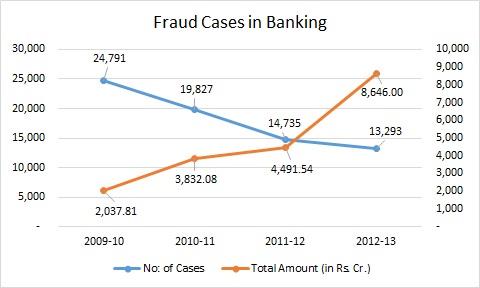 But hang on! Look at the actual rupee value of these frauds over the last couple of years; it has been steadily but surely rising. Up from Rs. 2,037.81 cr. to Rs. 8,646 cr over the same period. That’s a CAGR of 43.52%! So it could be that our supervisory system is becoming really potent at picking out the smaller frauds, but are missing out on the really large ones. Look at it this way: 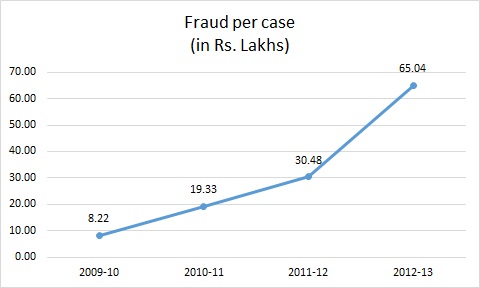 Truly staggering to think about it; the defrauders are now 8 times more potent than they were 4 years ago!

Now we might be inclined to dis-regard these numbers thinking, hey that’s just a small number when you’re talking about banks; what is Rs. 65 lakhs or even a crore to them! Remember, these frauds affect any person who avails a bank’s services, that is the common man (Aam Aadmi to echo last year’s flavour of the season). Such numbers make huge difference to a single individual, and as such cannot be taken lightly.

Let’s dissect these numbers further, to see how individual participants in the banking industry have done (or ‘not done’ depending on how you view frauds): 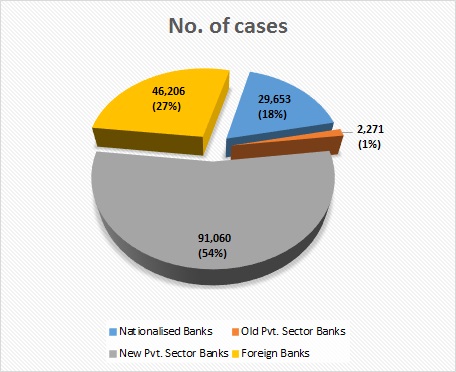 Of the total 1,69,190 cases involving the banking sector: We have a much more detailed version of this data in Capital Mind Premium! Purchase your subscription now and get access to all archives.