The Nifty’s had an incredible run this year, moving up another 1.4% in July. That’s three consecutive up months. and five out of seven this year. 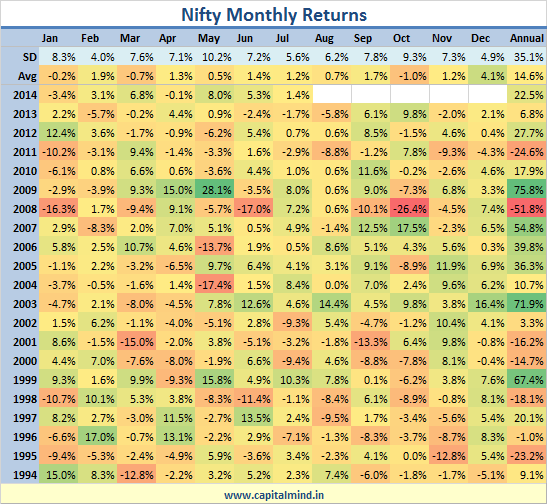 The Sensex meanwhile is now on a six month winning streak! 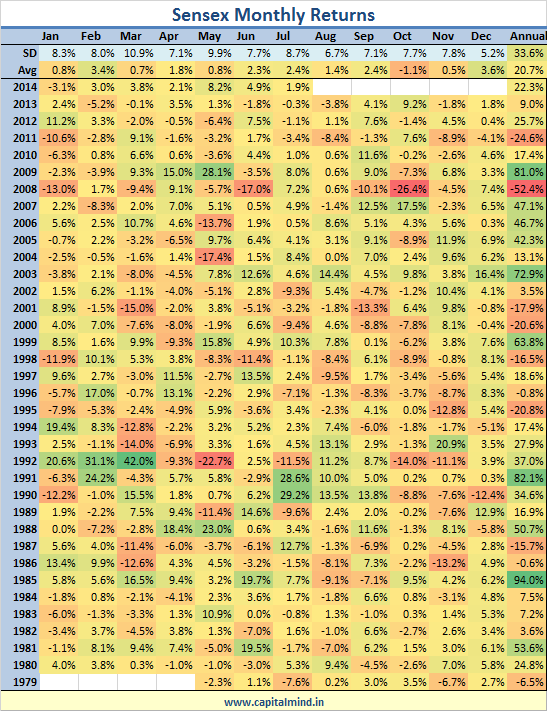 And if you look at the numbers till July, this is the second best performance in 15 years! 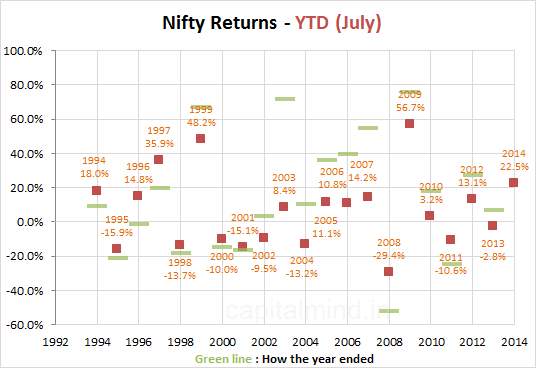 What’s it going to be this year? Your guess?