Consumer Price Inflation in July 2014 rises after a recent falling trend. This has been due to the spike in vegetable and cereal prices, and also in other areas known only to the MOSPI (which releases this data) as “Miscellaneous”. 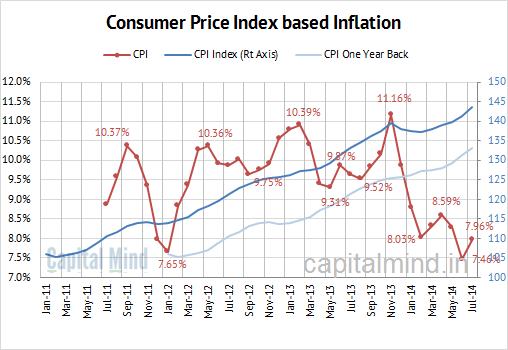 With fuel prices coming under some control, we don’t have that driving inflation, but food remains a large driver. And it’s gone up. “Others” above is the “Miscellaneous”.

Strangely we have seen a revision in the May WPI – and it’s strange because this data is almost never revised. In May we saw a  figure of 7.31% which has been revised up to 7.46%.

And compared to the WPI: 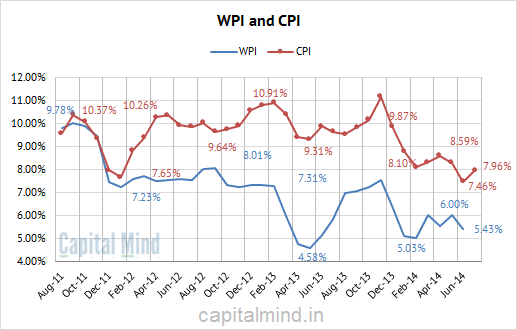 Finally, a look at who’s suffering the most – city dwellers or villagers: RBI was smart to have not dropped rates. We’ll have to wait and see how bad this situation really is, as we have one more data point (September 12) before the next policy at the end of September.