Mahindra Holidays will pay Rs. 104 cr. or EUR 13 million to buy 18.8% of a Finland based resort called Holiday Resorts. Their press release says they have the right to increase its ownership over the next two years.

Holiday Resorts actually makes more revenue than Mahindra Holidays (EUR 120M= Rs. 1000 cr. versus MHRIL’s 777 cr.) but a lower profit (40 cr. versus 95 cr.). So there’s probably scope for efficiency here. However, profits have fallen 25% in the last year, which isn’t very different for Mahindra Holidays either.

MHRIL’s share price at Rs. 330 is at a very high valuation of 30 P/E – so it might be better for them to sell shares and pay for this company rather than take on debt. After all, shareholders are the suckers geniuses that don’t get their money back from the company.

Mahindra Holidays owns Club Mahindra, which I have written about has a huge problem in India – they have to increase room capacity by 40% to just be able to serve existing members!

This deal doesn’t change that one little bit, because it means the company spends money to buy a Finnish company, and therefore will not be able to spend that money expanding in India.

The scope for fractional holiday shares – Club Mahindra’s model – isn’t exciting in my opinion, especially when you can plan holidays over the internet, and find excellent hotels and food for way cheaper. If you took the membership value of Rs. 3.5 lakhs and put it into a mutual fund, the interest alone is likely to pay for a holiday at a five star hotel for a week each year.

But the share has gone up about 50% in the last two months, so yes, I’ve been wrong on this share! 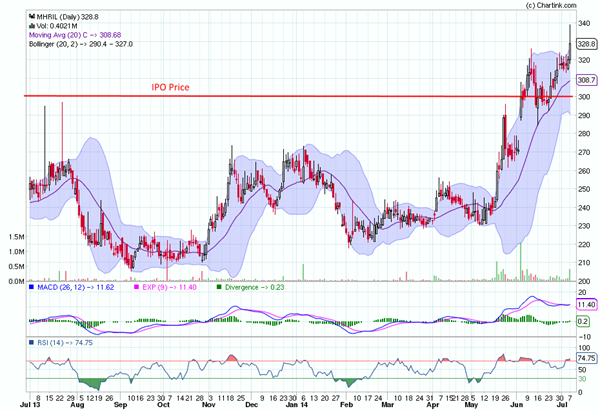 While I don’t like the model in India, will Europe change the equation for the company? It may be a good idea as their market saturates in India, and they are buying a company at a relatively cheap valuation.