They’ve grown revenues about 13% over the last year, but it’s been flat QoQ 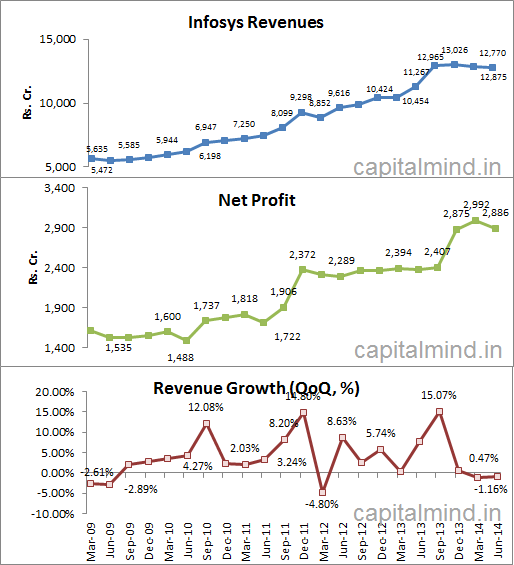 Remember that the USDINR equation went above Rs. 60 in Sep 2013, which would have helped their rupee earnings. The rupee has fallen about 12% from last year, and their revenues are up 13%, so that’s about that.

Earnings, on a trailing 12 month basis, have grown 17% after a period of being very flat. 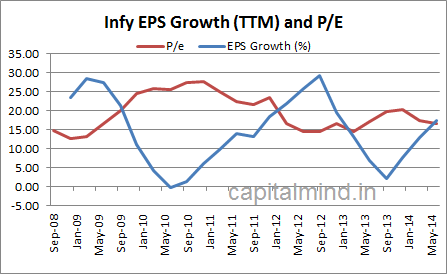 Headcount Growth is a concern

Infy’s trying to hire like crazy, but they’re losing people like crazy too. Their profits are coming in from higher utilization: 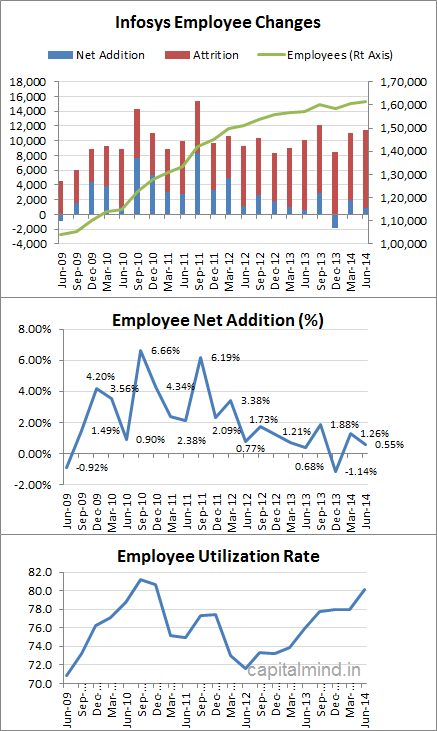 Net additions are only 879 people in the June quarter, even though they hired more than 11,500 people! Meaning – the difference is the number that left the company.

The stock is up about 25% from the lows of August 2013, but has been steadily falling since March. While the last month was good (a move from the 2900 levels back up to 3200) the stock remains a little shaky with support at the 50 day moving average (3167). 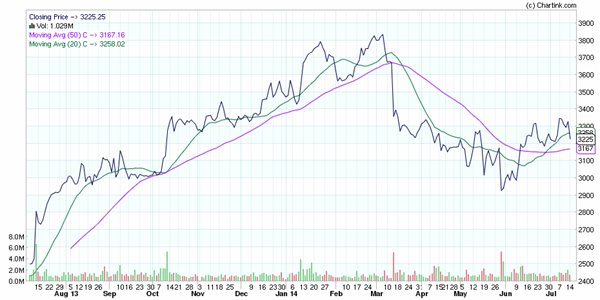 The next move will happen after Sikka takes over and the direction of the company changes. What’s really scary is that their employee count isn’t moving much, and they’re losing more people each quarter.