If you did an SIP for every single month – the same amount – for a long time,then how have your returns been? Look at five and ten year returns: 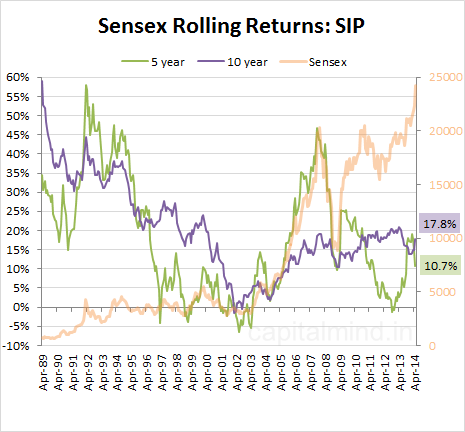 Rolling SIP means that on May 31, 2014, I will consider my return as what I would have got if I had invested in the Sensex every month since May 2009 (five year SIP).

And the Best Part

That’s more than double from where we are. If we do get there, it will be one impressive move!