Wholesale Price Inflation for May 2014 came in at 6.01%, up from the 5.20% in April. This is a strange change from Consumer Price Inflation (which actually came in lower than April, at 8.28%) 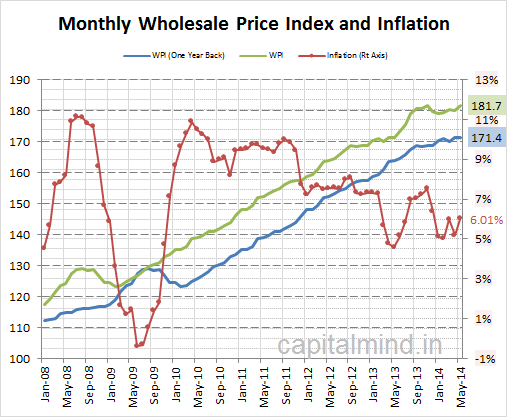 On a component basis everything has gone up: 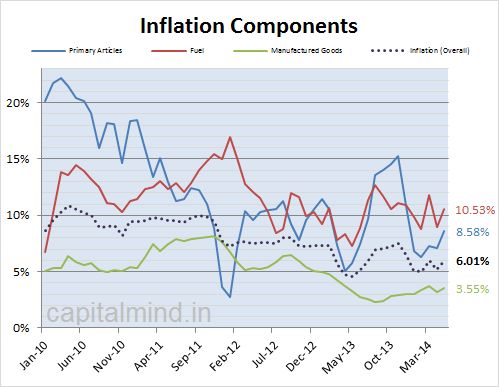 So this is all a little strange.

And then March data for WPI has been revised upwards from the originally announced +5.7% to +6.0%.

Instantly bond yields went up to 8.65% and the rupee’s at 60.16, both having fallen after the news. WPI isn’t used by the RBI to figure out inflation anymore, but it does have an impact of “real” GDP growth, as the GDP figures use WPI to calculate the inflationary impact on the economy.