The Nifty, Year to Date, till May has had the second best return since 1999, eclipsed only by the stellar return in 2009. 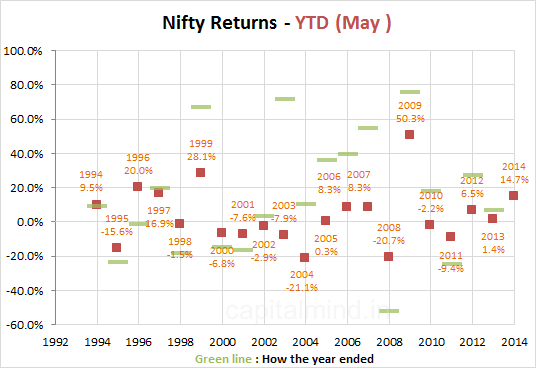 Maybe you shouldn’t Sell in May and Go Away.

Errata: The 1996 returns have been corected- bad excel magic! Thanks to Kora at @paststat for recognizing this.