In May 2014, India’s trade balance widened marginally from April, with a $11bn deficit. This is the highest monthly deficit number since July 2013. 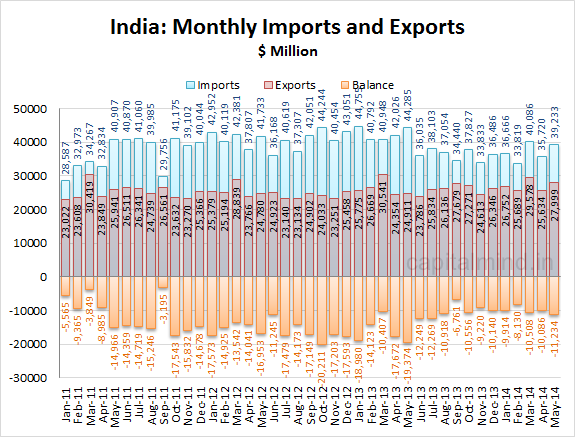 Export growth was strong at 12%, while imports, in dollar terms, was down 11%. 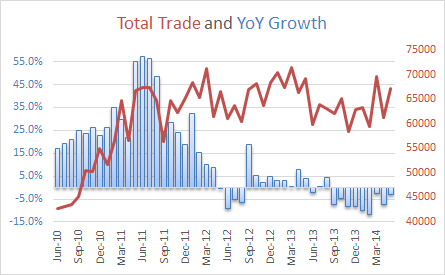 Most of this is due to lack of gold imports. In April and May last year (together), India imported 304 tonnes of gold which was a $10+ billion import. (After that, there have been severe restriction on gold imports, which have fallen to about 35 tonnes in May 2014)

Our trade deficit, while lower than earlier, has been reducing due to gold import restrictions. These came about last June. From June 2014 onwards, we’ll know the real impact of our rupee depreciation on imports and exports, year on year.